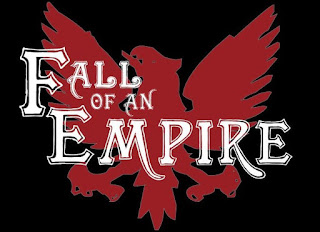 When anyone mentions "soul music" I guess the first thing that comes to mind are the heady days of Berry Gordy's Tamla Motown and it's rosta of of stars like Marvin Gaye, Smokey Robinson and Diana Ross but if you turn those two words around and add the word "with" in-between then the door opens for a whole gamut of differing artists and genres to come walking on through.
South Carolina's Fall of an Empire, Brent Carroll (Guitar/vocals), Shane Smith (Bass), Cody Edens  (Guitar), Kenny Lawrence (Lead Vocals) and Brad Munoz (Drums), came together in 2012 with a manifesto of putting some much needed life back into the gone a little stale SC music scene and then seeing where things went from there. In 2014 the band released their debut album "Songs of Steel & Sorrow" a stunning mix of stonerized blues and griity hard rock that  prompted one online reviewer to write "This is the definition of honest, bad ass Rock ‘n Roll in its purest form" (Dr. Doom's Lair). This year (2016) with positive praise still ringing in their ears and with the addition of Cody Edens on second guitar, the band returned to the studio to lay down tracks for a new album "Croweater: An Echo In The Bone", six songs of "music WITH soul" 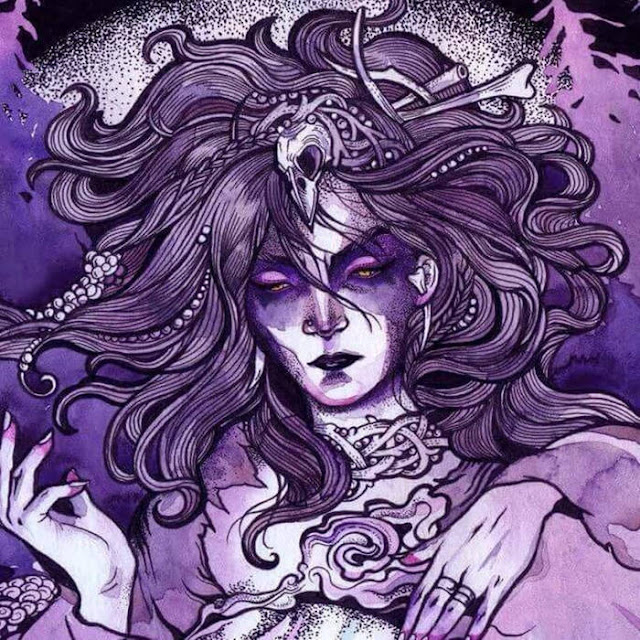 A lone vocal, backed by shimmering sound effects, opens the albums first track "Beyond The Pale". Ethereal, haunting and delivered with soulful Celtic/Appalachian undertones its mournful tale of a death wielding beauty on a pale horse with scales in one hand and a scythe in the other sets the tone for an album that trades as much on its lyrical imagery as it does its musical content. Dark lyrical themes of inner turmoil (Confession), survival against the odds (Croweater), rage,anger and revenge (Uprising) are wrapped in a musical blanket of fuzzy desert/stoner groove injected with elements of bluesy hard rock, polished classic rock and salted with more than a pinch of  gritty southern swagger. Smith's deliciously creamy bass-lines match perfectly with Munoz's heavy hitting percussive bluster to form a bedrock for the guitars of Carroll and Eden to paint sonic portraits around, the two six-stringers filling every space with titanic riffage, ear catching hooks and searingly tasteful solo's. Fall of an Empire's ace in the hole though is the powerful and distinctive vocals of frontman Kenny Lawrence his bluesy clean voice is strong, coloured with little southern country nuances, and takes the bands overall sonic attack to a completely different level especially when being pushed by the equally impressive backing tones of  Brent Carroll. On the heavily blues drenched and torch- like "Bones of Birds" he feels the lyrics as much as he is sings them giving the songs, already emotive grooves, an added depth and gravitas. The album closes with "Burn The Witch" an uptempo stonerized hard rock workout that sees the band bringing all their strengths to the fore, big booming bass, heavy pounding drums and screaming guitars surround a sterling Lawrence vocal performance that leaves the listener with no other option than to hit the repeat button so as to experience the whole album all over again.
Check 'em out .......

Posted by Desert Psychlist at 06:52