November 2014 and I notice a new EP appear on my Bandcamp feed from a band i'd never heard of, the artwork seemed quite interesting but what made me check things out further was the short review accompanying the artwork from Grip Of Delusion contributor and fellow Hard Rock Revolution member Steve Woodier. His review was short, sharp and to the point and mentioned two things that caught my attention...the 70's and Jethro Tull. The band was called Wucan and the EP "Vikarma" and on hearing its glorious mix of stoner grooves blended with flute heavy folk/prog rock I immediately hit the buy button! 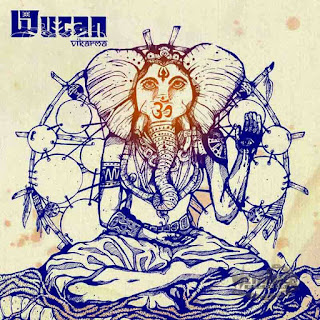 September 2015 and once again Wucan appears on my BC feed with a new album only this time I don't even stop to listen, I buy it straight away. The album goes by the name of "Sow The Wind". 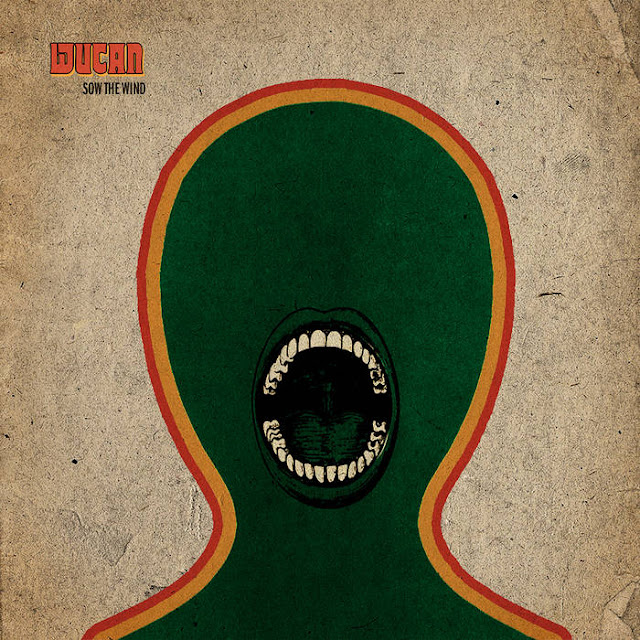 Wucan hail from Dresden, Germany and are made up of three core members, Francis (vocals, flute,guitar and theremin), Tim (guitar) and Patrik (bass), the drum stool seems to be on a rotating basis at the time of writing but for the album Wucan utilised the skills of live drummer Leo Vaessen ( the only one who seems to have a surname). 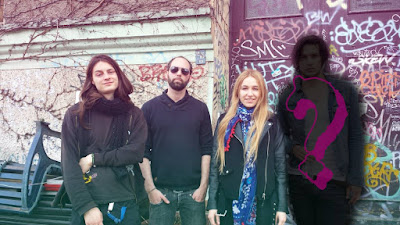 Opening track "Father Storm" busts out of the traps like an express train, guitar and flute riffing in unison over a backdrop of solid drum and bass and bringing to mind memories of Jethro Tull classic "Locomotive's Breath" well that is until you hear the sublime bluesy tones of Francis on vocals. Powerful and blessed with a tone somewhere between Blues Pills Elin Larsson and Royal Thunder's Miny Parsonz, she infuses the song with a bluesy grit that shatters any further Tull comparisons that may be made.
"Owls Eyes" follows, its slightly stoner groove enhanced by Tim and Francis' guitars shifting from fuzz heavy riffage to sublime bluesy solo's at the drop of a hat At the 3:00 min mark the song drops into a glorious maelstrom of feedback and white noise only to be led out of it by Leo (he of the last name) laying down a strident drum beat that is joined in turn by Patrik's deep bass and Tim's guitar, the latter laying down a burning Allman-esque guitar solo. Over this Francis' voice swoops in and out of the groove, her bluesy rasp coating everything in its deliciously gritty tone.
Things get a little funky on "Looking In The Past" but no before Francis seduces the listener with some stupendously fragile flute work. Choppy guitar then enters backed up by Patrik's funky bass line and driven by Leo's percussive stick work, the band jamming on a groove before Francis' vocal comes in. The song comes to a glorious conclusion with the band jamming to the fade, voice, theremin, guitars, bass and drums all thrown into the mix to create a cacophony of noise.
"Face In The Kraut" and "King Korea" both take the foot off the pedal somewhat, the former a mid-tempo song with a more commercial sound that midway through features a stunning, effect laden, solo and the latter a mix of shifting time signatures and differing dynamics, both are great vehicles for Francis' stunning vocals and both allow the band to flex their considerable musical muscles.
"Wandersmann" ends the album with 15:45 minutes of scintillating prog/psych, Francis reverting to her native tongue, giving the whole thing a krautrock groove and adding whoops and squeals from her theremin as well as her flute. Tim, Patrik and Leo lay down a series of differing grooves for Francis to wrap her lungs around and  together they create a smorgasbord of deft percussive touches, soaring solos and fluid bass lines. Its completely different from anything else on the album but earns its place by showing that the band are more than willing to step a little outside the box and also have the chops to do so. 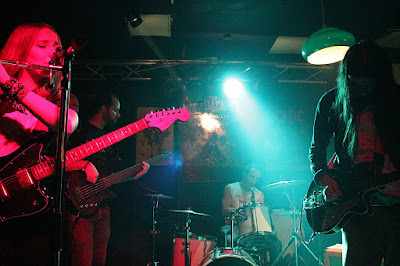 Where "Vikarma" dabbled in folk and more traditional blues "Sow The Wind"  finds Wucan stepping into uncharted territory, experimenting with elements of psych and krautrock and adding them to their already impressive musical cannon. More mature and a lot more focused than before I have high hopes for Wucan.

Posted by Desert Psychlist at 07:18