Question; What do you get if you mix the blues based heavy metal of Black Sabbath with the grooving on a riff stoner doom of Sleep?
Answer; Birnam Wood.

Birnam Wood are a four guys from Boston, Massachusetts who in 2014 released a killer, self titled, album packed full of heavy riff based stoner metal tinged with elements of both trad metal and psych. If it had not been for the albums late December release Birnam Wood (the album) would of almost certainly have made many peoples Best Of.. lists for that year. Well, bloggers, journalists and fans get those pens ready for this years lists because Birnam Wood (the band) have just released a new EP "Warlord". 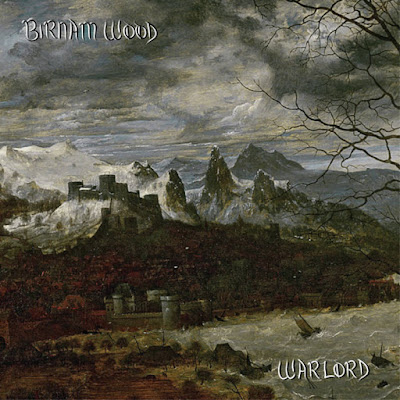 "Warlord" continues Birnam Wood's story with four songs of absolutely essential stoner doom sprinkled with traces of psych, hard rock and good old metal. Heavily down tuned riffage combined with thick solid thunderous rhythms form a bedrock of deliciously addictive doom into which intricate and scintillating solos and licks are woven and over which are laid clean throaty vocals.
The bands sound has been described as the missing link between Sleep and Sabbath and no more is this evident than on the EP's longest track "Wizards Bleed" its dark eerie psych intro building until exploding into a series of differing time signatures and riffs, traditional metal grooves sitting side by side with those of a more stoner dynamic its vocals swinging between clean melodic and throaty bellow.
A good EP is not defined by one song though and "Two Ravens", "The Forge" and title track "Warlord" all show the same levels of quality song writing and musicianship making this EP essential listening for anyone who likes their stoner/doom grooves dark intense but not overly brutal.
Posted by Desert Psychlist at 14:37