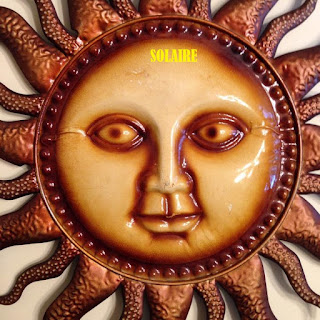 Solaire hail from Clemson, South Carolina and although, on the evidence of their photos, seem hardly old enough to drink have just released their first full length album "Magic Witch Bomb". 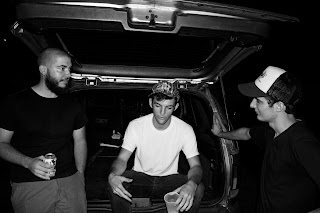 Mixing heavy down tuned riffage with sweet melodies and vocal harmonies "Magic Witch Bomb" is never gonna be considered your stereotypical "stoner" album, but don't let that put you off giving this little gem a listen as there is enough gnarly fuzz and distortion to keep even the most grizzled stoner fan happy. 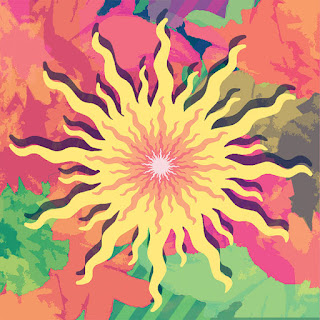 "First Day With The Hook" starts the ball running with a slow deeply doom soaked chugging riff before morphing into an infectious desert groove, just as your getting ready for those raw edged, throaty stoner vocals to kick in Solaire throws you their first curveball. Neither whisky ravaged or demon possessed the voices of guitarist Austin Marcengill and bassist Weston Link are more akin to that of The Monkees than Monster Magnet, blending together an amalgamation of  clean harmonised melody and slightly sweet indie tones that are in total opposition to the fuzz drenched storm the boys rip from their instruments. A storm that is backed up with the exemplary percussive skills of drummer Truston Carter .
On third track "Jet Cat" the band throw in their second curveball. Overtly commercial in sound the track sees the band step momentarily away from their stoner grooves and head into a more pop punk direction, something they repeat again on later track "Johnny Get's Paid". Both  tracks are hi- octane performances that are enjoyable and fun but it's tracks like "Necroequine" and "The Man In The Lighthouse" that are the real meat and potatoes of this album. Those two tunes combined with the excellent closer "Coloradoing" and the already mentioned "First Day With A Hook" are what drew me to this band and in turn inspired me to write this review. For me, Solaire are at their best when combining the dirty desert grooves of Kyuss with the sweet harmonies of Wishbone Ash, but that is only my opinion.
Whichever direction Solaire decide to go down in the future is entirely down to them but if they do decide to veer to the darker edges of their sound their next album could be very, very interesting.

Posted by Desert Psychlist at 09:14