When a band states its interests as beer, weed, tits and Sabbath..well you've got to take them seriously.
Shine are a three piece from Poland consisting of Kamil Baran (guitar/vocals), Damian Olearczyk (bass/vocals) and Marcel Łękawa (drums) who like to play their music hard, heavy and soaked in fuzz, as can be heard on their debut release "Weednight" 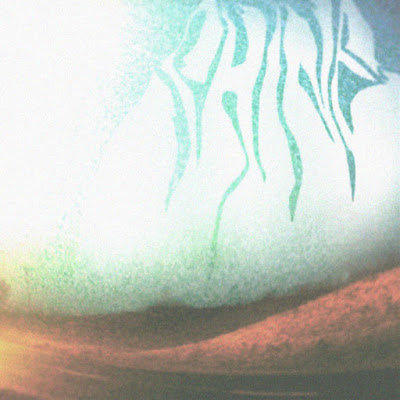 First track "The Curse" explodes from the speakers in a crescendo of downtuned noise, guitar and bass riffing on a groove, drums crashing and thundering beneath. Aggressive and laced with punk-like angst the vocals punctuate the fuzz, each verse ending with an Ozzy-like "Oh Yeah" as if in homage to the Birmingham four.
Title track "Weednight" adds an element of doomy atmospherics to the mix, Olearczyk's bass leading the way with a superb bass motif into which Baran's guitar injects little touches of psychedelic colour, Łękawa meanwhile keeping it all together with a light percussive touch. The dynamic shifts when the effect laden vocal comes in, getting a little loud and gnarly only to drop down again at the end of the verse. The song winds to its conclusion in a superb heavy jam with Baran delivering a scintillating solo that burns through the rhythmic haze like a headlight in the fog.
Shine go for full on heavy psych for the EP's finale "Hare Grave", its thick heavy sludge like riff thundering on repeatedly, building in intensity until at the 6 minute mark morphing into a glorious space/psych jam. Olearczyk and Łękawa come into their own here laying down a barrage of heavy rhythmic pulses, Łękawa utilising every inch of his kit with Bonham-esque power and Olearczyk plucking Thor-like thunder from his bass. Baran's guitar, meanwhile, weaves in around this wall of noise with stabs of thick sustained chords, drone-like effects and heavily distorted licks and solos and finishing with his guitar feeding back as Lekawa's shimmering cymbals take the song to its fade. 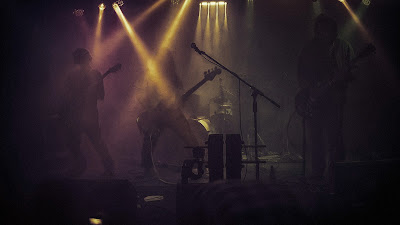 Bending its knee at the altars of fuzz and distortion "Weednight" is a delicious celebration of all the things us stoners, doomers and psychonauts love about the "underground" scene and its music.
All hail the fuzz!

Posted by Desert Psychlist at 15:28