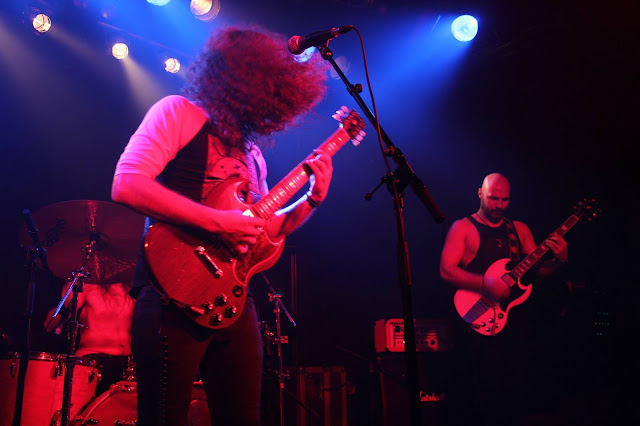 Those of us of a certain age will remember when, in the late 60's, things started to get HEAVY! Musicians started pushing their sound through bigger and louder amps, experimenting with different effects and in doing so paved a way for the rock music we listen to today.
Austrian band Pastor are not of that certain age but on the evidence of their latest album "Evoke" it would seem they spent a lot of time listening to their parents album collections. 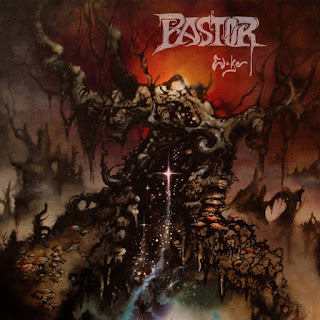 "Evoke" is an album that takes the heavy blues and hard rock of the late 60's and early70's and "stonerizes" them by adding elements of the doom, stoner and psych of today's underground scene.
The album begins by channelling the spirits of Cream and Mountain on opener "Voodoo", its riff/lick/riff motif overlaid with clean powerful vocals and underpinned by strong solid rhythm work.
"Drowning Thoughts" continues in the same vein, bluesy proto-metal grooves interspersed with scorching guitar solos, great vocals and driven by powerful drum and bass rhythms.
"Wolf Vein" sees a slight shift in musical direction by once again referencing Cream but throwing a curveball into proceedings by blatantly ripping off Black Sabbath's "Hand Of Doom" riff and melody, mid song, and adding their own lyrics. It's a blatant case of grand theft audio but works a treat.
"Wicked Whisper" finds the band in early doom territory, this time though they move into the realm of  Britain's nwobhm doomsters Pagan Altar.
The next three songs "Moving On", "Devils Reef" and "Evoke" all beg borrow and steal from Pastor's influences but are all equally well written and performed. Once again though Pastor stamp their own identity throughout.

If any of you young stoners, doomers reading this want to hear what rock sounded like in the early years of metal and can't be asked to trawl through endless videos on youtube then check out Pastor's "Evoke" because it's all here!

Posted by Desert Psychlist at 17:25