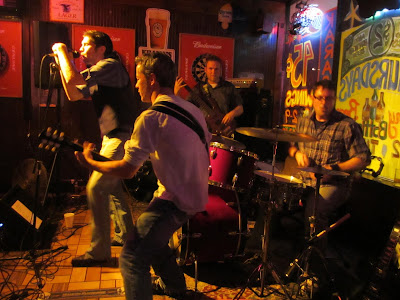 Arrived a bit late for the party concerning The Gentlemen Bastards new opus "Bastard's Brew" but with a little nudge from guitarist Bill Barry I've rectified this oversight. 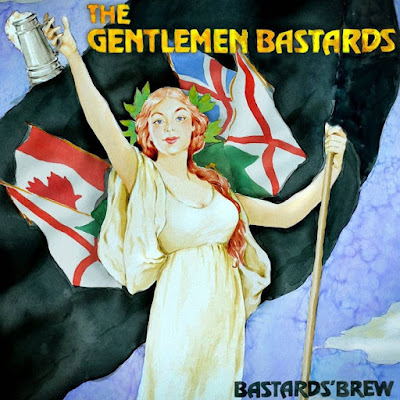 "Bastard's Brew" is an album that finds itself sheltering quite comfortably under the umbrella of stoner rock and with its large doses of fuzzed out riffage and hard driving rhythms it is understandable that this would be the case but there is a lot more to The Gentlemen Bastards than fuzz pedals and powerful percussion.
From opening track "Mad" through to album closer "Bastard's Boogie" The Gentlemen Bastards never give less than 100%, Dave Stanley (drums) and Böðvar Böðvarsson (bass) summoning up between them a storm of rhythmic power, rocking and swinging with exceptional timing and precision. Over and around and this tower of sound Bill Barry adds a superb mix of choppy fuzz soaked riffage, clean scintillating solos and catchy hooks and licks, all infused with bluesy tones and textures. It is these tones and textures that really form The Gentlemen's sound, placing the band more in the hard rock/blues arena than the stoner moshpit. This is further evidenced in the vocals, admirably delivered by Will Quinn his clean slightly rugged tone owing more to the blues influenced classic rock of the 70's than the throaty growling that is common in 00's stoner rock. This is not to say The Gentlemen Bastards don't get down and dirty when they want to, check out "Umbra" if you want something to bang your head to but also check out "Skuggi" if you want to hear them get a little deep and mellow.
"Bastard Brew" is a superb collection of stoner/hard rock with an element of the blues running through its fuuzy veins, well written, produced and performed this is a great album for fans of both fuzz and feeling.

Posted by Desert Psychlist at 06:57