Mansfield, England 2014 and bass player Chris "Stoff" Daughton and guitarist Richie Barlow bump into each other while out and about and get talking, the pair hit it off and decide, due to their similar musical leanings, to form a band. "Stoff " and Barlow start then to look for a drummer and finally settle on young skin beater Jimmy Collins and so Witch Tripper are born. The band soon begin a period of intense gigging which culminates in an appearance at the prestigious Bloodstock Festival thanks to them coming second in a battle of the bands type competition in their area. In this time the band also find the time to unleash their hard rocking debut album "Witch Tripper" on an unsuspecting but very grateful public. Two years later, with a slew of gigs under their belts and a growing reputation the band return to the studio, the result of which is this their second album "I, Of The Storm" 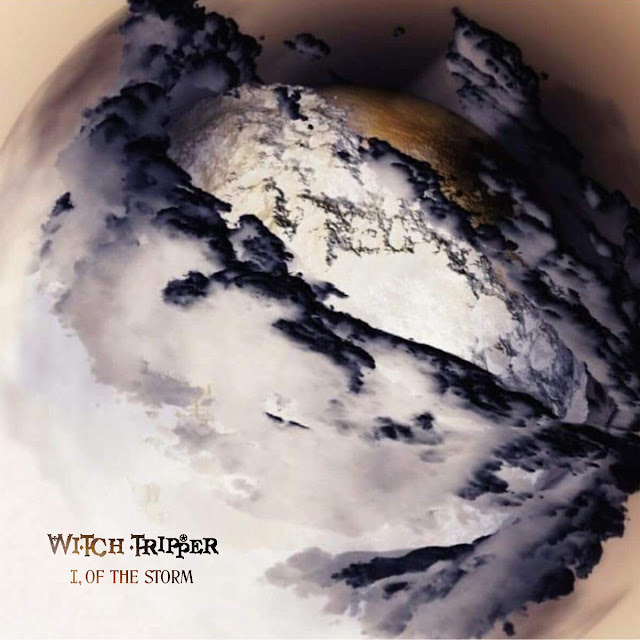 Witch Tripper, with their debut album, hit a groove that melded elements of hard rock, classic rock and metal with touches of bluesy swagger  and played it with the same sort of passion, intensity and power that Lemmy's legendary Motorhead used to attack their rock'n'roll based metal with, this time however Witch Tripper have ramped up the metallic content of their sound, eased off of those bluesy elements and in doing so have found their own sound. From the very first notes of first track "White Lines" it is fairly obvious this is a not a band who are going to be asking us to hug a tree and worry about our carbon footprints anytime soon, no this is a take no prisoners and give no quarter rocket ride of  hi-octane, foot to the floor rock'n'roll played hard, played fast and played dirty. Witch Tripper cleverly keep things tight and economical throughout, with only two songs, "I, Of The Storm" and "Roll The Dice", creeping over the five minute mark, resulting in the albums songs having a more immediate feel and in your face impact, something Desert Psychlist imagines must transfer extremely well to the live environment. Musically the band are as tight as their songs with "Stoff" and Collins laying down a thrumming whirlwind of drum and bass groove for Barlow to decorate with his strong grainy vocals and mix of metallic and bluesy guitar colourings, the three musicians combining to create a thunderous maelstrom of filthy groove that is as exciting as it is enjoyable. 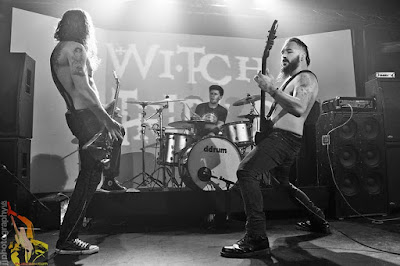 Whether you've got a soft spot for old school heavy metal, a penchant for full on hard rock or a hankering for stonerized heavy blues you will find something on "I, Of The Storm" to quench your thirst and sate your appetite. To paraphrase Jagger and Richards " It's only rock'n'roll but we fucking love it"
Check it out ....