It has been six years since Scotland's Buried Sleeper released their debut album "Colosseum" and six years is a long, long period in musical terms, a lot of things can happen in a bands life in that time. As we all are slowly coming to realise these days mega stardom and untold riches are no longer something attainable and band members who need to feed their families and keep a roof over their heads also need to have a job outside of their musical endeavours. Whether this is the case in why there has been such a long gap between Buried Sleeper's albums Desert Psychlist doesn't know but it is most likely that work, family and life in general have all somehow played their part. No matter though the band are back now with a new album and a slightly more expansive sound with their latest offering "Obsidian" 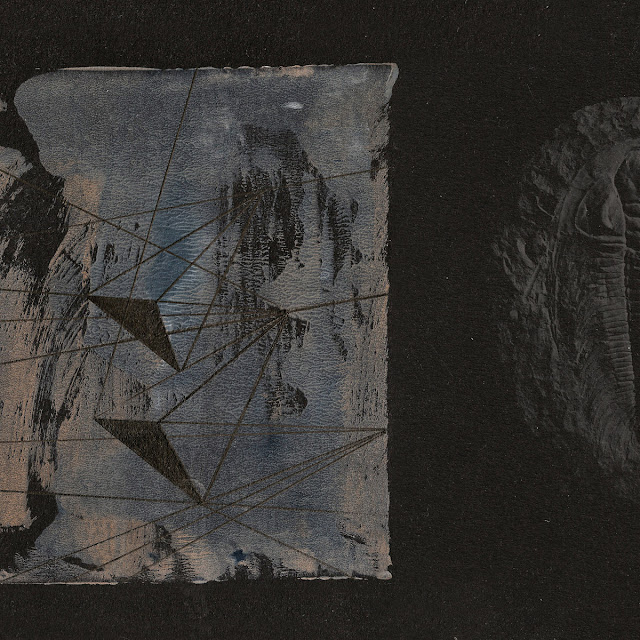 "Obsidian" is an album that proves true that old adage that "if something is good then it's worth waiting for", it is also an album that shows Buried Sleeper have not been sitting idle all these years just twiddling their thumbs. There is a deeper more complex feel to the four grooves that make up "Obsidian", all those things that made their debut "Colosseum" such a great listen are all still in place but there is a maturity to their sound now, a maturity reflected in not only their songs but also in their execution and arrangement. The band, Tommy Wigman (bass), Bryce Sutherland (guitar/vocals), Harry Clapham (guitar) and Dominic Hardy (drums), create huge walls of dark atmospheric groove around which they weave clean, mellow and slightly monastic harmonies,  grooves that at times veer towards crushing and heavy but are reigned in by the bands clever use of dynamics and melody, a tsunami of riffs and rhythms that bubble and boil threatening to erupt tempered by moments of simmering tranquility  Each song on "Obsidian" should be listened to as a separate entity as each has its own signature and unmistakeable dark beauty but these songs also work if you ignore the gaps between tracks and listen as if listening to one complete movement, allowing the music and vocals to wash over you in wave upon wave of dark sonic majesty. 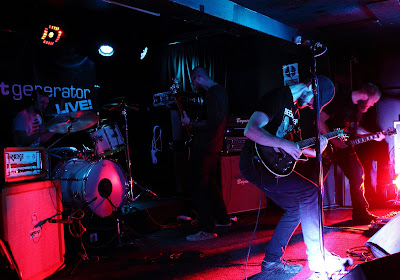 Let's hope its not another six years before Buried Sleeper grace us with their next offering but even if that is the case we will still have "Obsidian" to turn to in the interim and that on the evidence of these four songs that is not a bad thing at all.
Check it out ....