Dresden, Germany, the recipient of a ferocious bombing campaign by the allied forces during the Second World War, was rebuilt, reconstructed and is now a central hub for cultural and technological education with the Dresden University of Technology being one of the biggest seats of learning in the country. As seems the case with all university cities it is never long before a vibrant and enthusiastic music scene becomes established around them. Dresden is no different boasting up and coming bands like the retro sounding Wucan and the psychedelic Sir Robin and The Longbowman, the city also has a thriving heavy scene and up front and centre of that scene stand a four piece band going by he name of Slow Green Thing, a band who have already had two well received releases under their belts in 2014's "I" and 2016's "II" and have just released their third album, unsurprisingly entitled "III" (Fuzzmatazz Records) 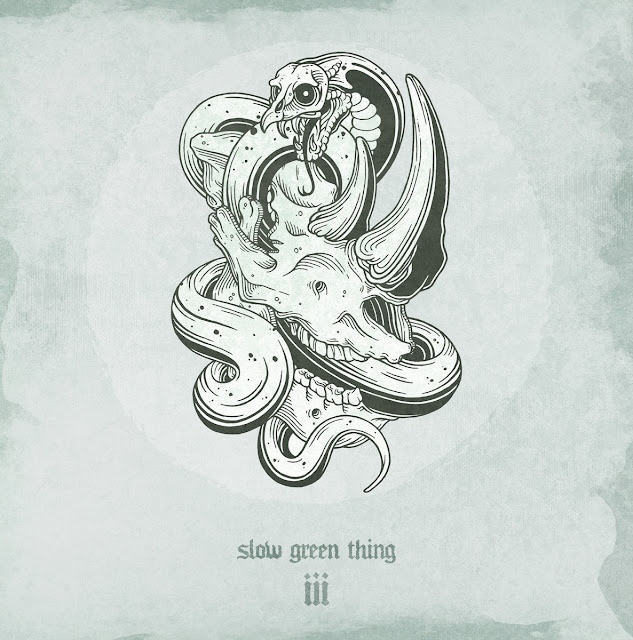 With one foot in the hard/classic rock of the 70's/80's and the other in the swampy heaviness of today's stoner metal/doom scene Slow Green Thing, Sven (guitar/vocals), Andreas (guitar), Jorg (drums) and Martin (bass), are one of those bands once heard, never forgotten. The quartet have a distinctive groove that is very much their own, a signature sound that marries melody with crushing heaviness without over leaning in either direction, the band walking stridently and confidently a middle ground between both dynamics. On songs such as "When Habits Embrace" and "Recipe of Doom" it would be so easy for Slow Green Thing to fall in to the trap of being heavy just for heaviness sake but they avoid this by injecting into their songs a melodic air both vocally and in the structure of their musical arrangements, tempering and counterbalancing all the heaviness of their grooves with soaring psychedelic guitar solo's and clean, clear vocal melodies, allowing spaces where the music can take a breath before diving back down into doomic depths. 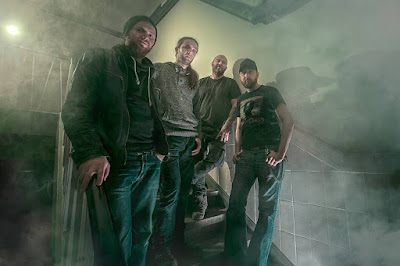 Slow Green Thing's "III" is an album that fluctuates between crushing and caressing in an instant, brimming over with grooves that are a mix of volatile seething riffage, mellow psychedelic meanderings and old school hard rocking bluster, all delivered with a level of musicianship that at times takes your breath away.
Check it out ....