A bands lifestyle choices can often be an indication of the music they play so when Swansea based Welsh rockers declare theirs as "riffs, beards, beers and blunts" you kind of get the feel that their grooves are going to be of a raucous, stonerized nature, a theory that is more than borne out by their self titled debut album "Pale Bastard" 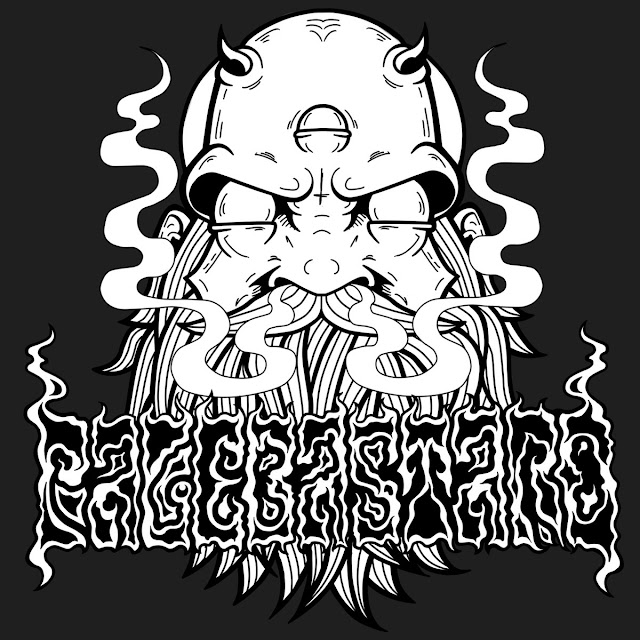 Raucous metal riffs and gnarly stonerized rhythmic grooves are very much in evidence throughout the seven tracks that make up "Pale Bastard", as are shades of southern bluesy swagger and old school hard rock bluster and even some occasional doomy dankness, the band combining all these textures and stylings together to create a groove that is as much old school as it is new. A perfect example of this blending of musical styles occurs on the albums second track "Residual Fluid" where the band kick things off with a groove that would not have sounded out of place on a compilation album from NOLA's southern sludge and metal scene with heavy crunching riffs and big growling vocals layered over a backdrop of swampy groove that then suddenly takes off quite unexpectedly into a blues drenched metallic boogie section before gradually segueing into more stonerized metal territory for its finale. This diversity in dynamics and style continue right throughout the album even touching on prog(ish)  on  "Jira" and the excellently schizophrenic "Anne Frankenstein"  Highlights are many on "Pale Bastard" but if Desert Psychlist had to pick a favourite then we would have to opt for the sludgey stoner metal heaviness of "Spider Blood" with it's duelling vocals and diversity of guitar tones, a song that holds your attention from its crunching first note to its last. 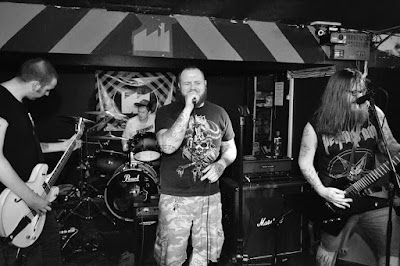 In all honesty though there is not a weak track to be found throughout "Pale Bastard", the band cherry-picking elements from a variety of musical sources to create a sound that although has its core in the dynamics of sludge and metal is not constrained by those dynamics, a debut album that in Desert Psychlist's opinion is up there with this years finest.
Check it out ....