Let It Breathe a trio from North Mankato, Minnesota are no strangers to Desert Psychlist the band having came to our attention four years ago via their debut EP "River Wizard", a decent well paced debut that, had its production been a little more polished and thicker sounding, may well have squeezed its way on to some of that years best of lists. Four years later with a slew of gigs under their belts, a little more knowledge of how to refine their sound in a studio environment and the backing of a very good record label the band return with their first full length album "Let It Breathe" (STB Records). 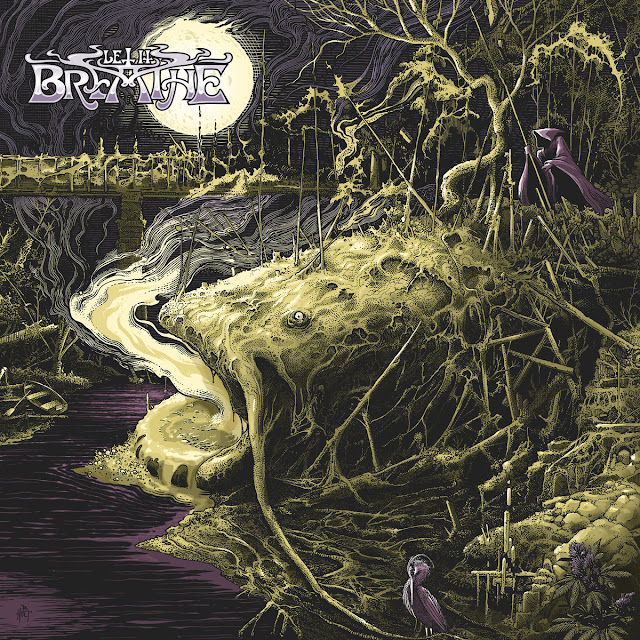 The muddy-ish production that held back Let It Breathe's debut EP "River Wizard" has been well and truly addressed on "Let It Breathe" and it was something that needed to be done, especially for a band whose greatest asset is the clear, clean shoegaze-ish vocal melodies and harmonies they like to counterbalance their fuzz drenched riffs and distortion dipped grooves with. Here the production is big, crisp and clear accentuating those vocals and putting an extra element of oomph into those raucous refrains and punchy, pummelling rhythms. This is nevermore evident than on first track "Bucket of Bullheads" an infectious, swirling affair, built around a pulsating bass motif backed by incredibly impressive drumming and coated in crunching chordal guitar colouring and swirling lead work. Over this bone rattling display of pure groove and in fact the rest of the album are laid clean melodious vocals and it is these vocals that set Let It Breathe apart from others plying their trade within the stoner/doom scene. If your looking for whiskey ravaged throaty tones or cookie monster growls well I'm afraid your out of luck here because what this band bring to the table throughout their first album are honeyed harmonies, mellow melodies and perfected polyphony all set against a background of gnarly riffage and pounding percussion. 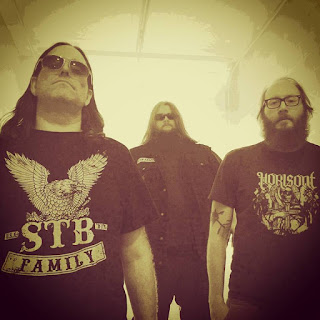 So if you want some thing a little less abrasive than the usual stoner, sludge and doom fare but you still hanker for something that's still got plenty of balls and fire then look no further you've just found it in "Let It Breathe"
Check it out ...