When Humboldt County bands The Hitch, Dragged By Horses, Sake and Grimace went their separate ways various members of those bands started looking around for other projects to fill up their time and sate their need to make music, one such project took the form of a new band going by the name of Lord Ellis and saw the release in 2015 of a self-titled album. "Lord Ellis" showed a band totally in tune with each other who blended old school hard rock with elements of grunge, punk and proto-metal to create a virtual tsunami of groove that would gain them an army of new fans and followers. Forward to 2018 and the band are back, a little bit older a little bit wiser and with a new album entitled "Mouth of the Mad" 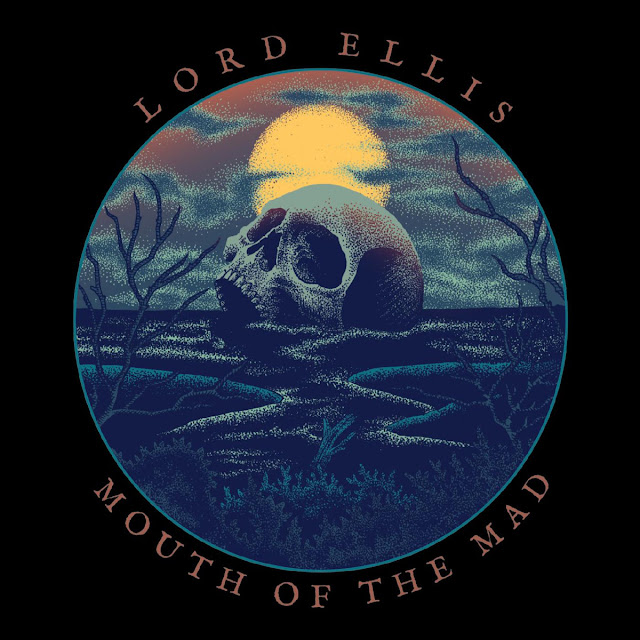 The ex The Hitch rhythm section of Steve Bohner (drums) and Roshawn Beere (bass) are the backbone of groove around which Pablo Midence (guitar/vocals) and Adam Sorter (keys) weave their magic, the rhythmic pairing coming across at times like the stoner rock equivalent of legendary reggae rhythmeisters Sly & Robbie. Bohner's on point percussion and Beere's growling, rumbling bass are the rock steady foundations on which each of "Mouth of the Mad's" ten songs are built and when Desert Psychlist says songs, we mean songs. Lord Ellis are not just a vehicle for endless riffage as there is more going on here than just refrains and rhythms, the band know how to structure their songs so as to bring the best out of them utilising things like melody and dynamics to breathe life into them. Sorter's keyboard contributions are a major ingredient in Lord Ellis' sonic attack but unlike John Lord's role in Deep Purple where Lord, with Ritchie Blackmore, was one of the main instrumental voices of the band Sorter's role is more decorative, the keyboardist supporting and complimenting the grooves rather trying to overwhelm them. This is not to say that Sorter doesn't shine, on the excellent "Hollywood" he introduces the song with a swathe of delicious wooshing organ and when given the room to execute a blistering solo mid-song he greedily grabs it with both hands and duly delivers. Midence's vocal and guitar work throughout "Mouth of the Mad" is a revelation, whether he is chopping out raucous chordal colourings or burning through the frets on a soaring solo he gives everything to the song, something that can also said about his vocal contributions. Midance's voice is distinctive and strong with a grainy edge and is a dominant force even when joined by Sorter on backing vocals and occasional harmonies, the guitarist/vocalist even managing to pull off a faultless Glenn Hughes type falsetto on the aforementioned "Hollywood". 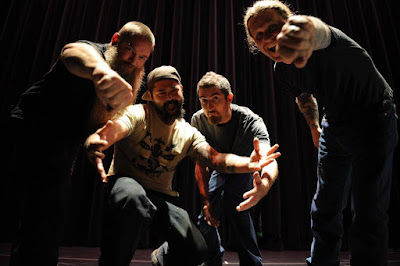 Because of the bands use of keyboards to complete their overall sound there will probably be, as there always seems to be in these cases, those inevitable comparisons to Deep Purple being made. This in Desert Psychlist's humble opinion would be a touch unfair  as Lord Ellis are a band who with "Mouth of the Mad" are attempting to forge their own sound and groove and on the evidence of this album are making a damn good job of it!
Check 'em out ....