Originally an instrumental band Quebec's Godhead Lizard, Jo (drums), Nic (guitar) and Phil (bass), soon came to realise they were missing a vital component from their musical equation and after a year of instrumental heaviness recruited that component into their sound in the shape of vocalist Vince. This move not only turned the band from a trio into a quartet overnight but was one that also saw their musical visions become full blown stories. Those stories, telling of anguish and despair pitched against a backdrop of crunching riffage and diverse rhythms, are now presented, for your listening pleasure, via the bands debut EP "Godhead Lizard". 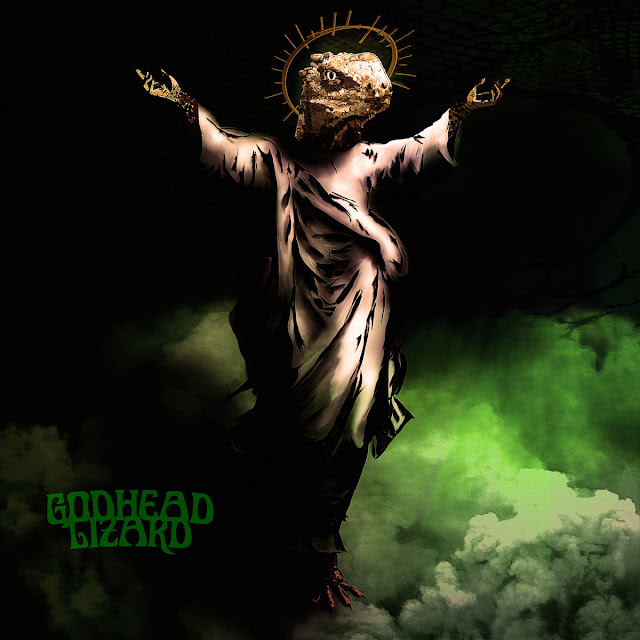 "Dingir" kicks things off and starts with samples of contrasting religious cadences chanted and sang over an ever evolving guitar motif before exploding into a throbbing heavily fuzzed stoner-ish groove around which the vocalist rails against the hypocrisy's of religion and worship , in rich powerful  and slightly bitter tones. "Aphelia" follows and finds the band ramping up the atmospherics with a low. slow and very dank groove embellished with clever effects and touches of bluesy colouring, the songs brooding moodiness taken to another level by an unbelievably strong emotive vocal. Next track "Ancient Suns" begins its life gentle and considerate with acoustic guitar strummed and picked over a background of textured ambience before exploding bomb-like into a fuzz drenched heavy blues groove with its vocals, supported by growling bass, pounding percussion and crunching guitar, up front, aggressive and in your face. Around the halfway mark the groove suddenly shifts and the songs morphs into cinematic mode with frontman Vince taking the song to a close narrating a half sang, half spoken story/tone poem over a backdrop of liquid bass, jazzy percussion and glistening arpeggios, its overall effect and execution having an element of Robert De Niro's/Travis' iconic " All the animals come out at night" speech in Martin Scorcese's "Taxi Driver". "Mirage" finds Godhead Lizard back in more familiar territory, the band hitting a raucous hard rock/stoner groove drenched in fuzz and distortion and flecked with touches of bluesy swagger. "Dreamstone" closes proceedings with a song that follows in much the same vain as its predecessor but then veers left into  more lysergic areas before finishing in a wave of droning noise. 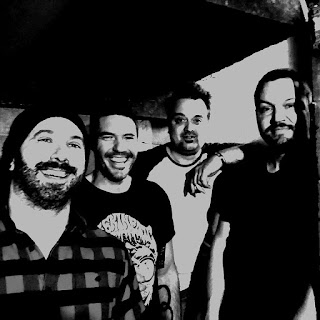 Dark, moody, atmospheric and brooding, "Godhead Lizard" is all of things and more, an album that delivers on all levels written, arranged and performed  by a band unafraid to confront things like alienation, frustration and anger yet a band still able to keep their foot well and truly on the groove.
Check 'em out ...