In Poland slow is the new black, or that is how it seems whenever Desert Psychlist is confronted by something from that countries burgeoning heavy underground scene, musicians from this part of the world must be drinking something in the water that causes them to slow things down to crawling pace while at the same time thickening them up in both depth and resonance . Shine, Kamil Baran - guitar/vocals, Damian Olearczyk - bass/vocals, Igor Wasztyl - guitar and Marcel Łękawa - drums, a four piece stonerized doom band from Bielsko-Białaare are no exception to this rule. Shine, who first came to our attention with their excellent debut EP "Weednight", have a knack for creating lurching menacingly atmospheric grooves shot through with lysergic textures, textures and grooves they continue to explore on their latest release "Moon Wedding" 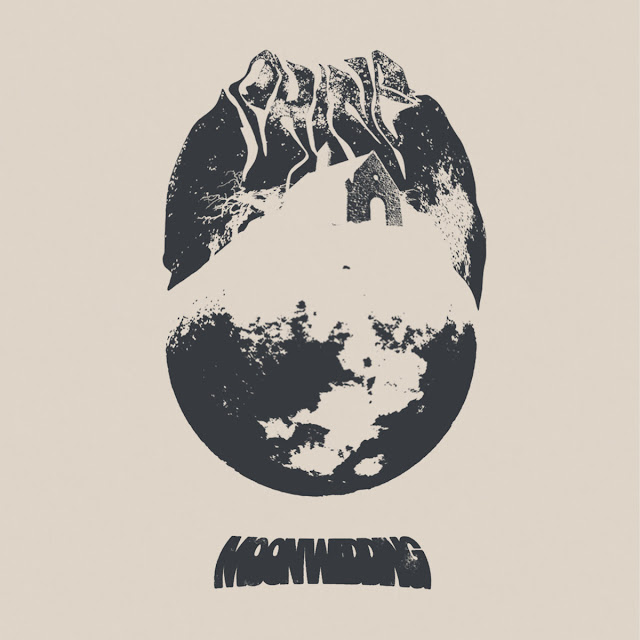 "Goat Mountain", an instrumental piece, opens "Moon Wedding", as you would expect, an achingly low, terminally slow doom groove supported from beneath by slow deliberate percussion with bass and rhythm guitar holding down the songs main riff while the second guitar adds touches of low, lysergic colouring. The song gradually increasing in depth and intensity before unexpectedly morphing into an up-tempo, wah pedal drenched blues groove in its dying seconds, an unexpected turn of events but one that is as enjoyable as it is surprising. "Shine" follows and finds the band once again hitting the slow. low trail this time though with the distortion levels turned up to eleven, vocals telling of seeing "unholy naked women dancing on your crypt" are delivered in cracked, sinister tones against a backdrop of grainy fuzz and pulverising rhythm. Title track "Moon Wedding" is up next and for once the band step away from their usual lethargic groove and embrace an almost stoner-esque,desert dynamic that sees Olearczyk and Łękawa laying down a solid bedrock of bass and drum grooviness for Baran and Wasztyl to decorate with crunching riffs and swirling solo's over which Baran and  Olearczyk harmonise lyrics that tell of  "a trip on a broom" and  agonize over " the illusion of separation". Shine return to the swampy mire for "Honey" a song whose tittle suggests saccharine sweetness but is in fact a song telling a tale of suffocation in sin and a slow fall from grace set against slow grinding metallic refrains and punishing percussion. "Riding The Snake" closes out the album with another slightly up-tempo number pushed by Olearczyk's growling bass and Łękawa's strident drums and overlayed with Baran and Wasztyl's combination of crunching powerchords and heavily effect laden guitar solo's, ok its not exactly thrash but for a band who like to play things a little sedate this is pretty pacey stuff. 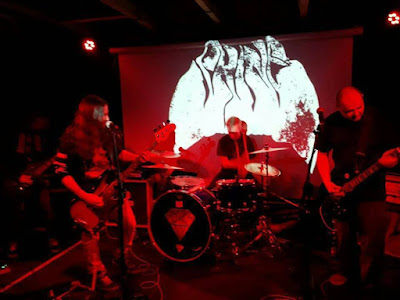 Shine proved with their debut "Weednight" that they were a band to be reckoned with, a band with a penchant for the slow and heavy but one with a willingness to step outside of those constraints into faster waters if and when the mood took them but they were also a band still searching for their definitive sound, with "Moon Wedding" they've found it.
Check 'em out ...