When a band makes an album that ticks all the right boxes both musically and vocally and tags on to that albums title the legend "Pt: 1" you can't help but hope that "Pt:2" arrives soon and that when it does it does not disappoint. This was the case with Nashville's Howling Giant, the band released their second EP " Black Hole Space Wizard: Pt. 1" last year (2016) to great acclaim and whetted the appetites, of all who heard it, for the next instalment filling those listeners with a hope that "Black Hole Space Wizard: Pt 2" would be just as good ,if not better, than its predecessor. Well that time has finally arrived and " Black Hole Space Wizard; Pt 2" is finally getting released (August 25) so now you can judge for yourselves if the wait was worth it. 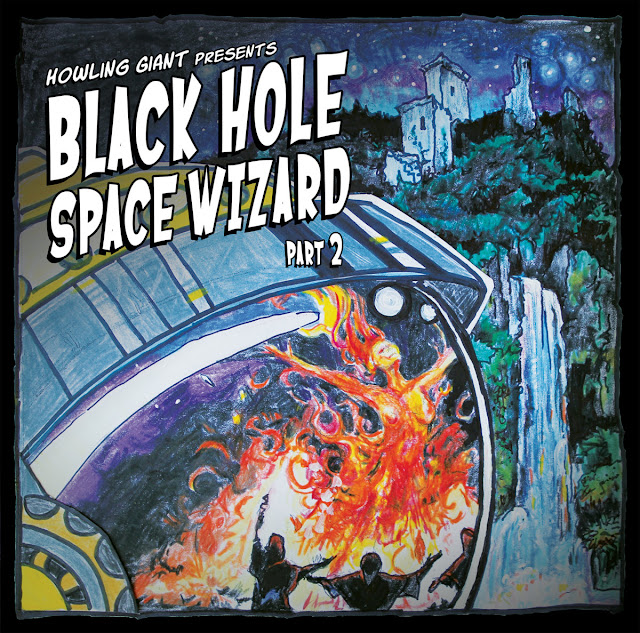 As the droning feedback intro of "Henry Tate"pulls you gradually in to a world of swirling space themed groove and crunching hard rock bluster it becomes glaringly apparent that Howling Giant have not fumbled the cosmos shaped ball they were carrying when creating "Pt 1"and that for this band it's onward and upward towards the multiverse and beyond. Doom, rock (both stoner and hard), psych, heavy metal and prog are all touched upon as the band take you on  journeys both musical and metaphysical, telling their tales of time and space, cause and effect against a backdrop of deliriously diverse soundscapes all delivered superbly by Tom Polzine (guitar and vocals), Roger Marks (bass and vocals) and Zach Wheeler (drums and vocals).
It would be wrong to pick out individual songs for special mention as each and every song on "Pt: 2"  is an integral piece in a bigger picture, "Henry Tate", "The Pioneer", "Visions", "The Forest Speaks", "Circle of Druids" and "Earth Wizard" all have their own individual merits and highpoints and all are key components in the telling of "The Black Hole Space Wizard" story/saga, a story/saga you the listener will want to return to time and time again. 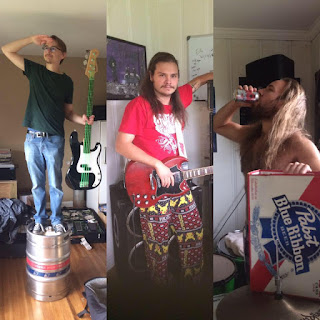 Do yourself a favour and give "Black Hole Space Wizard: Pt.2" a spin but before you do you might want to play "Pt.1" again first, just to refresh your memories.
Can't wait for Pt.3 now...