First things first, Desert Psychlist would like to give our thanks to fellow Doom Charts contributor and Red House/La Habitación 235 master of ceremonies Roberto Fuentes for pointing us in the direction of Pies De Plomo, the Chilean promoter and podcaster has been instrumental in bringing to the attention of the wider world not only artists from his homeland of Chile but also those from the whole of the South and Central American continents, we salute you sir.
Pies De Plomo are MP (guitar/fx), Peter (vox,/drums/fx) and Charly (bass/vox/fx), three guys from Santiago, Chile with a wide spectrum of musical influences stretching from psych through to dub. The band have (unbeknown to Desert Psychlist) been releasing a slow but steady stream of singles and EP's since their 2014 formation the latest of which is "Criatura de Plomo" 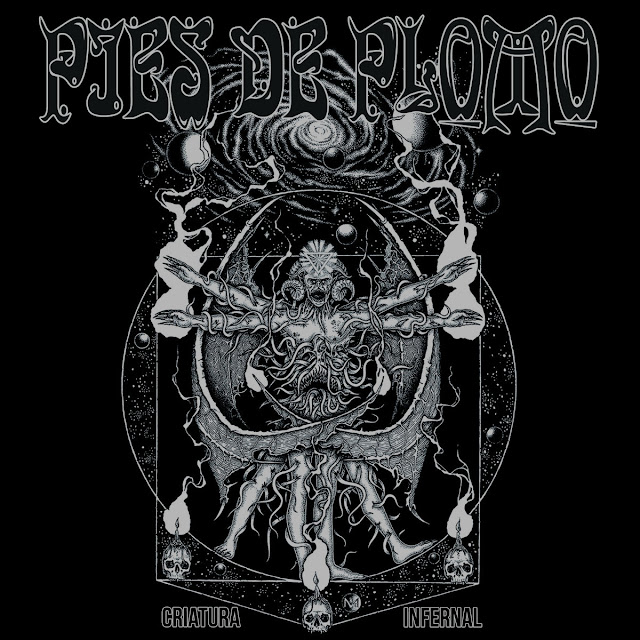 Sadly Desert Psychlist does not speak or read Spanish but thanks to the magic of the interweb we can tell you that Pies de Plomo sing and perform songs telling tales of confusion, loneliness and frustration against backdrops painted in a mixture of slow/low and mid tempo growling fuzz that is pushed and driven by an array of diverse and delightful rhythmic pulses. Despite Desert Psychlist's lack of linguistic skills it is Pies de Plomo's vocals that really clinched the deal with "Criatura Infernal",  the vocal leads and harmonies that feature on songs like "Rey de Copas", "Nada Mas Que Perder" and title track "Criatura Infernal" are an enthralling blend of clean melodies, punkish aggression and stoner growl that sit easy on the ear no matter their language or dynamic. The band are not averse to taking off into stratospheric flights of fancy either as they prove on the nerve tingling and infectious three part "Suite de Plomo" a superb trilogy of lysergic instrumental experimentation and grizzled heavy psych songcraft that sits centre place, glistening like a diamond in the sunlight, on what is a stunning jewel of an EP. 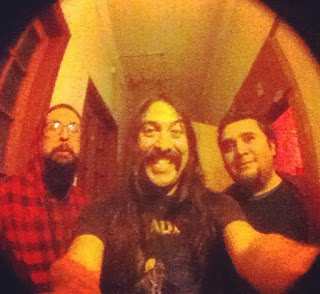 Mesmerising and metallic in equal measure "Criatura Infernal" is an EP that dazzles and delights on every level, whether you speak Spanish or not you should make the effort to give this superb collection of songs a listen, Desert Psychlist promises you that the word disappointment is something that will not enter on your feelings radar,
Check it out …..