The Ortiz brothers, Jim (guitar/vocals),Chris (drums) and Gian (bass/vocals), like their heroes Motorhead, play rock'n'roll and like Lemmy's legendary combo they play it raw and they play it LOUD!
Amplified Heat are a band who have often been the bridesmaids and never the bride, the Texan trio have shared stages with such iconic names as Clutch, Atomic Bitchwax, Blue Cheer and Kadavar yet have never quite made that next step up despite releasing a steady stream of dynamic sounding albums, however this could all change with the release of the band's latest  album "Madera" 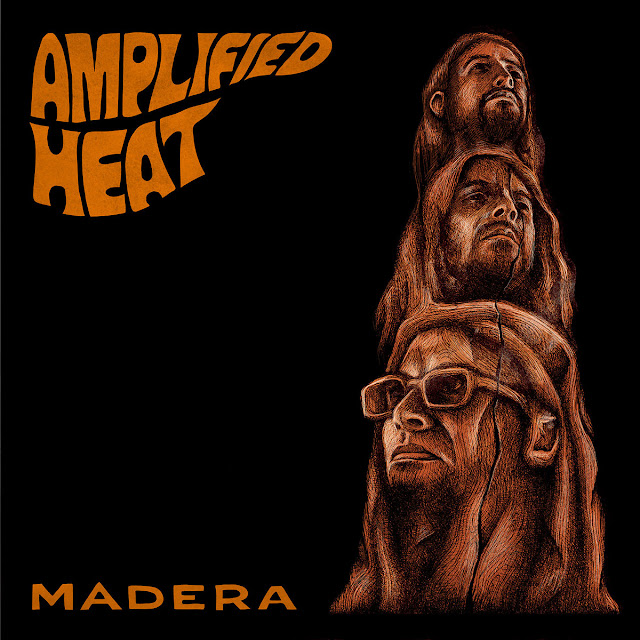 It could be argued that one reason Amplified Heat have not yet ascended to the upper echelons of the underground rock scene is their refusal to polish or water down their grooves for mass consumption, the Otiz brothers preferring, in their words, to "never pull their punches" and to "deliver the real deal". This "real deal", the brothers refer to, is a raw, uncompromising version of the blues delivered through a backline of Marshall and Fender amps and driven by the beats applied to the stretched skins of  a 1966 Ludwig drum kit, the band jamming a groove that harks back to the heavier blues rock of bands like Cream, Jimi Hendrix's Experience and Led Zeppelin but executed with the feral power of Motorhead. Crunching, heavily distorted guitar riffs, growling grizzled bass lines and unrelenting percussion overlaid with big, gritty powerful vocals decorate each and every one of "Madera's" songs yet the band manage to avoid just creating monotone walls of  brutal noise by adding into songs with titles like, "Madamoiselle", "Evil Eye" and "Without Love", vibrant swirling bluesy psych colouring and classic/hard rock texturing as well as a modicum of  jerky, twitching, off kilter quirkiness, the band rolling out their rock and allowing that rock to roll in a myriad of differing directions. 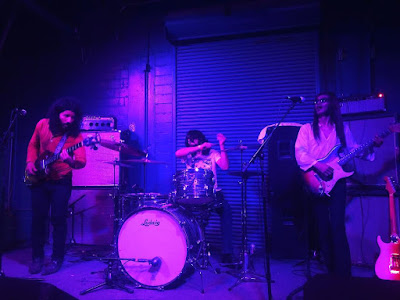 Amplified Heat's unwavering stance and determined attitude comes over strong and loud throughout "Madera's" eight songs and speaks volumes about the integrity and passion with which the band approach their music, the band telling their listeners in no uncertain terms that this is what we do and if you don't dig it then get off the bus.
Check 'em out …..