HAAN ~ BY THE GRACE OF BLOOD AND GUTS ...review

"New York, New York so good they named it twice" go the words of the song, well if that's the case the collective of  Chuck Berrett (vocals), Jordan Melkin (guitar), Dave Maffei (bass/percussion) and Chris Enriquez (drums/percussion ) should maybe of called themselves HAAN, HAAN!
HAAN are quartet from Brooklyn, NY who were birthed in the winter of 2012 and describe what they do as "guitars, drums, the whole bit" and the band execute that "whole bit" to great effect on their debut album "By the Grace of Blood and Guts" 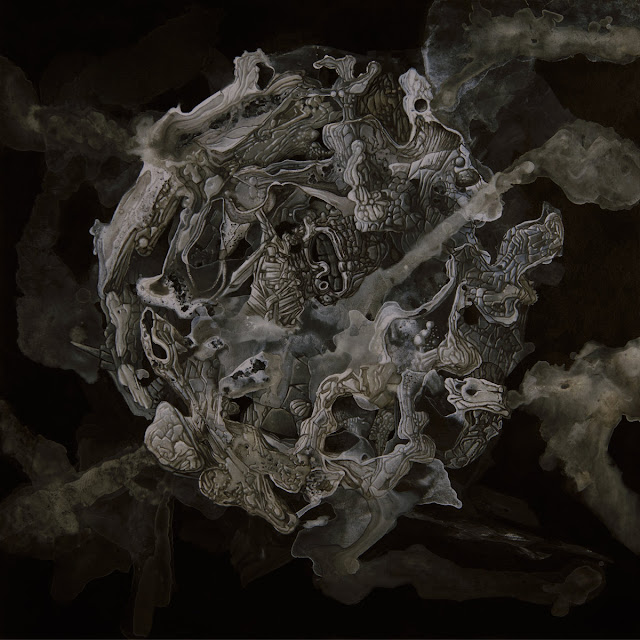 It has been stated elsewhere by a few of our esteemed blogging and journalistic colleagues that there are elements of both Clutch and The Melvins about how HAAN go about their noisy business and Desert Psychlist has to concede that there are moments on "By the Grace of Blood and Guts" where Chuck Berrett's vocal tones do wander into Neil Fallon-like lay preacher territory and that there are moments where the band fleetingly hit a groove not unlike that of King Buzzo's raucous combo, on the whole though it has to be said that HAAN are strictly their own kind of animal. HAAN emerged from the remnants of post-punk outfit No Way and this fact alone goes a long way to explaining the bands current sound, HAAN have retained the undercurrent of aggression that informed No Way's sound but have added to it a modicum of doomic dynamics, a smattering of sludge metal swampy crunch and a large helping of quirky noise rock. What makes "By the Grace of Blood and Guts" stand head and shoulders above many of this years albums however is the fact that no two songs on their latest opus share any common ground other than they are performed by the same band, each song having its own unique identity and groove. From the full on metal attack of "Thy Tongues" through the jerky, twitching "It Smells Like Gas", the intense and furious "Hangdog" to the schizophrenic alt.metal/post rock of final track "Funeral Song" not a quaver or clef is wasted, every note and drumbeat on every song having its reason for being there and integral to the impact of each individual song. 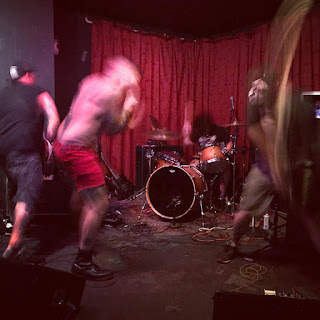 Intense, powerful with a quirky sometimes off-kilter attack "By the Grace of Blood and Guts" is a album that delivers in all areas and one that Desert Psychlist would not be surprised to see hitting many of those end of year best of lists we are all so fond of.
Check it out ….