Canada's Astral Witch describe themselves as "a 3-piece doom rock band from Hamilton,  inspired by crystal magic and fuelled by beer" and if that statement does not peak your interest then maybe the fact that the trio are influenced by Sabbath and Uncle Acid and the Deadbeats will. The band, Alyssa Axeworthy (guitar/vox), Jon Tiberious (bass/vox) and Jen Brewer (drums/vox), have just released their debut album " Astral Witch". 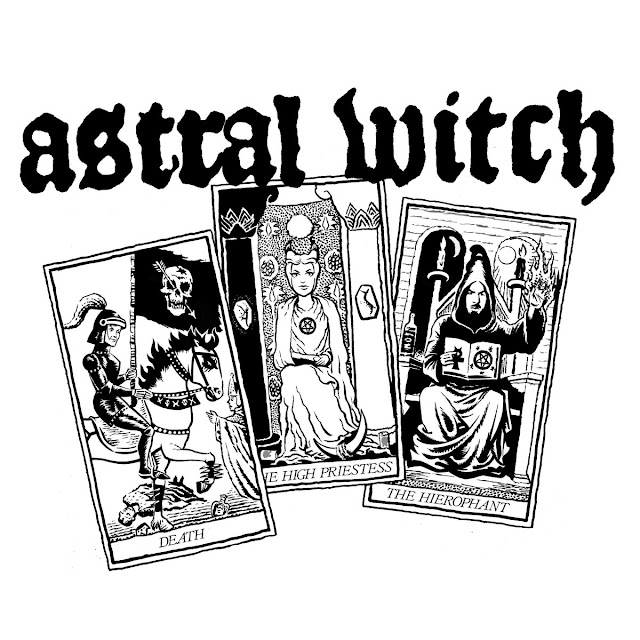 Tiberious' deep booming bass motif introduces first track "Rune" and is then joined by Axeworthy's guitar and Brewer's drums in a heavily fuzzed and distorted doomic groove that sits just a couple of notches above low and slow. Vocals for this track, and for that matter much of the album, are a shared affair with Axeworthy and Tiberious trading off lead duties as well as combining on harmonies, the pairs strong slightly cracked and gritty tones are sometimes at odds but yet compliment each other and in doing so bring a whole set of different dynamics to the table. Lyrically Astral Witch tell us the usual tales of devils, angels  and death but also of anger and love and the conflict between the two, Axeworthy telling us on "Embodied" that she'll "wipe your tears away", on "Love" that "they’ll tell you what you want, to get between your thighs", emotional statements and tirades told against a superb backdrop of growling bass, dark crunching chords and thunderous percussion. 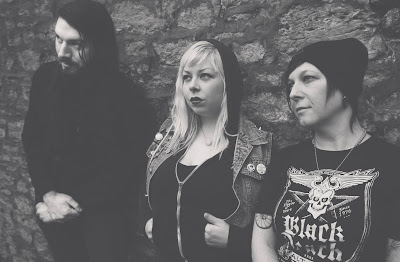 Astral Witch come at you from a slightly different angle from many of todays occult and doom bands, they make all the right doomic noises but there is an undercurrent of garage attitude running through their grooves that sets them apart from the following herd and that alone is reason enough to check 'em out ….
© 2018 Frazer Jones
Posted by Desert Psychlist at 14:34