Poland has sort of got itself a reputation for turning out some of the nastiest, dankest and darkest stoner doom and metal music known to grace the underground scene with bands like Dopelord, Shine, Bitchcraft and Sunnata all garnering huge interest both inside and outside of their native home. But what of those bands working in the less abrasive fields of the Polish underground, in the genres of stoner, desert and hard rock? Well thanks to the magic of social media and the wonders of Messaging and E-mail Desert Psychlist was recently informed of one such band that fits that bill perfectly.
Men of the Wild Age are a five piece quintet inspired by the likes of Kyuss, 1000mods and Fu Manchu  hailing from Warsaw. The band, consisting of Artur Dziułko (guitar). Witold Wrótniak (guitar), Przemysław Hampelski (drums), Dominik Karwowski (bass) and Wojciech Karpowicz (vocals), released their debut EP "The Road" back in 2017 but have only just recently posted it on Bandcamp's hallowed pages which is just about reason enough to give it a somewhat belated  review today. 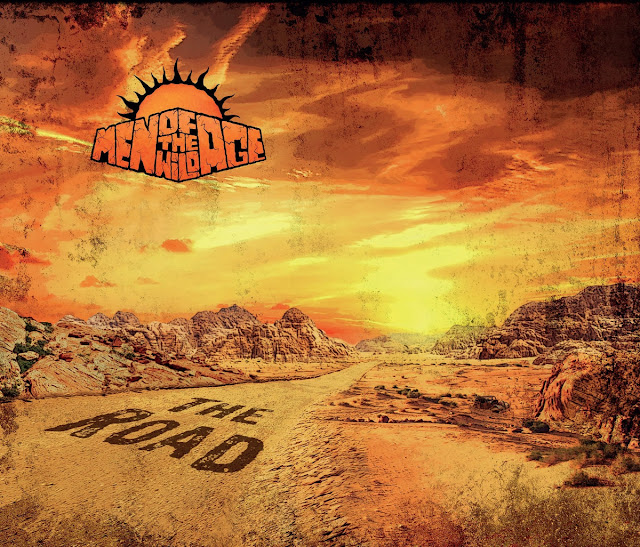 Men of the Wild Age very much set their stall out from the very first note of first track "Flashback", the songs dirty sounding fuzz driven guitar riff immediately drawing comparisons with the likes of Dozer, Fu Manchu and of course Kyuss, however Karpowicz's accented vocals add an interesting  and intriguing twist to the  proceedings. Karpowicz's accent, although obviously Polish, has a clipped almost Teutonic tone that adds rather than detracts from their overall appeal and gives each song an unexpected yet totally effective edge. After "Flashback" the band speed through three more desert flecked grooves with "Born Ready" the pick of the bunch, a feisty number pushed hard by Hampelski's solid percussion and Karwowski's grumbling bass and taken to another level by Dziułko and Wrótniak's guitar work, swathes of crunching fuzz and pinched harmonics popping and fizzing behind Karpowicz distinctive vocals. However it is final track "Wretched" that really takes the breath away, the band taking things down a notch or two and hitting into a slower, lower doomic groove interspersed with swirling duelling guitar solo's and hugely effective hooks and motifs over which Karpowicz executes his best vocal of the EP. 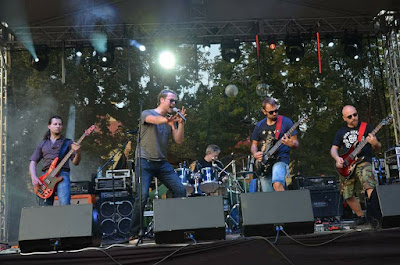 There is nothing glaringly new or ground-breaking about what Men of the Wild Age bring to the desert altar with "The Road" but what they do bring is highly effective, well executed and damn,damn enjoyable.
Check it out …