CIRCLE OF THE SUN ~ JAMS OF INNER PERCEPTION .... review

All hail the electric guitar! Who back in the day would of thought that a piece of wood with various sized metal cables strung over a minimum of electrical components could make a sound that runs the spectrum of emotive and beautiful through to ugly and brutal. In the right hands an electric guitar can pull at the heartstrings or fuel passions like anger and frustration and Cosmic Fall's drummer Daniel Sax has those hands and shows on his first solo album "Jams of Inner Perception" that not only can he beat a mean skin he can also shred like an axe god. 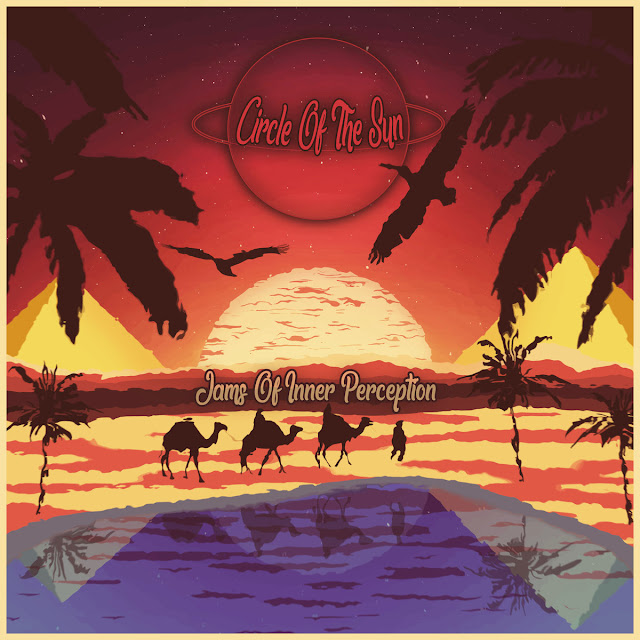 Daniel Sax is a talented man, not only does he deliver all of the technicolour six-string colouring throughout "Jams of Inner Perception" he also plays all the bass and drum parts and does this under the nom de plume of Circle of the Sun. One man projects can sometimes be hit and miss affairs with the protagonists often overcompensating on one instrument for the skills they lack on others, thankfully that is not the case here with Sax as adept on both four strings and six strings as he is at playing the drums he is known for with his main band . I guess it would be fair to say that the six instrumental pieces that make up "Jams...." could be described as falling into the realms of heavy psych but that doesn't mean to say that there isn't a whole lot more going on here, Sax incorporates into his jams elements from a wide range of influences, genres and styles with jazzy chord progressions, exotic eastern motifs and scorching bluesy forays into the stratosphere all finding a home to call their own in Sax's diverse and delightful compositions. The fact that he does this without falling into the trap of over indulgent technical noodling and manages to keep a firm grip on that all important feel factor says not only a lot about Sax as a musician but also the strengths of his skills as both a composer and arranger. 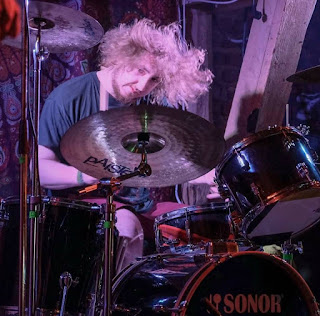 If the guitar heavy instrumental experiments of bands like the USA's Earthless, Australia's Comacozer and of course Sax's other band Cosmic Fall are what rocks your particular instrumental boat then you are going to adore Circle of the Sun's "Jams of Inner Perception"
Check it out ….