It is always nice to review an album from a UK band, and even nicer when that album comes from a band based in your place of birth. Orbital Junction, Owen Armstrong (vox), Ric Fordyce (guitar), Billy Dale (bass) and Jack Revans (drums), are a London based band with a sound they say is "steeped in beer" and is a "healthy slab of fuzz filled stoner rock", So let's grab a beer and jump into the fuzz and see if the bands debut EP "Orbital Junction" is all they claim it is. (Releases 01/09/2018) 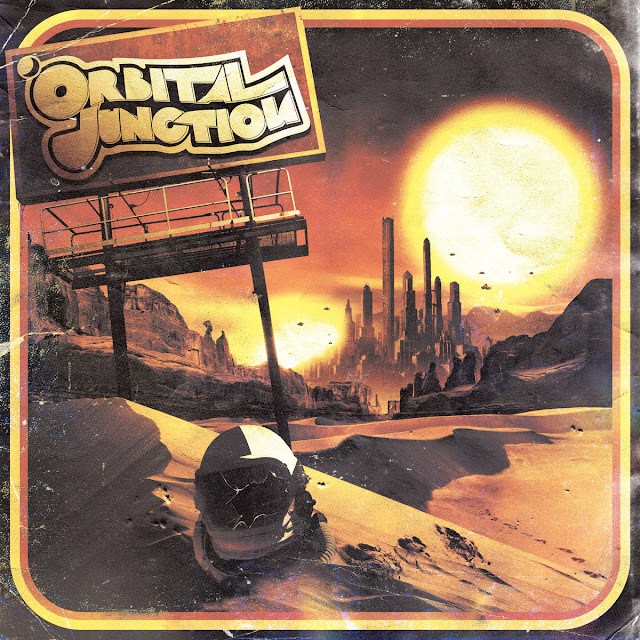 Orbital Junction's sonic attack is one that is big, meaty and drenched in fuzz but let's be honest that is a description that could be levelled at a thousand and one bands who are currently working the underground rock scene, what we really need from this London quartet is something that makes them stand out from the maddening crowd and gives them an edge. Orbital Junction have that something and it comes in the form of one Owen Armstrong, a man with a huge bear of a voice, his big beefy melodic growl giving songs with titles like "6ft2" and "Gypsy Queen" an extra sprinkling of stoner pizazz and bluesy gravitas. No man is an island however and when that voice is further enhanced with Ric Fordyce's choppy, crunching fuzz drenched powerchords and scorching lead work, Billy Dale's grizzled bass lines and Jack Revan's  punchy, punishing percussion  that edge, spoke of previously, becomes so honed and sharp you could almost shave with it. 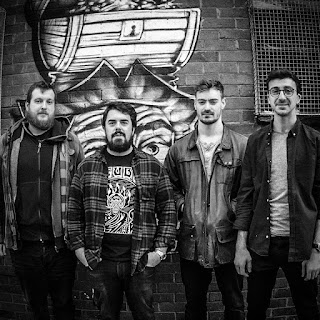 "Orbital Junction" crosses off three of Desert Psychlist's favourite B's "Big, Beefy and British" and is a delightfully raucous collection of rompin',stompin' stonerized hard rock that will leave a smile on your face so wide it could well be considered dangerous.
Check it out ……