Those who are familiar with Desert Psychlist's musical preferences will know that we are quite partial to those grooves that have the ability to take the listener outside of themselves, able to lose themselves in moments of contemplation and reflection while still getting all the required heaviness we, in this scene, always look for in our grooves.. Sadly these types of grooves come our way very rarely so it was very pleasing to get a message from Claas Oparek, the bass player in a jam project working under the name Kombynat Robotron that also includes Richard Schröder (guitar), Jannes Ihnen (synthesizer/guitar and occasional vocals) and Thomas Handschick (drums and percussion), pointing us in the direction of the bands two releases "Modul 12" and "Modul 13". 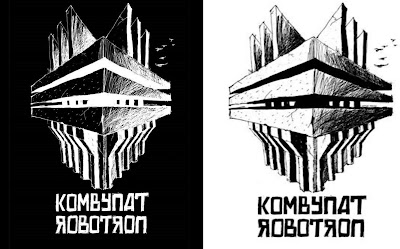 Kombynat Robotron split their jams over the two releases with two songs gracing "Modul 12" and two filling "Module 13", each release spanning just over the half hour mark. Now for some listening to an hours worth of swirling, sometimes intense and complicated instrumental based music could be seen as somewhat of a gruelling undertaking but fear not as Kombynat Robotron fill their lengthy jams with so much diversity and dynamics that an hour seems to pass in almost nanoseconds. Songs with such unassuming titles as "I","II", "III" and "IV" are executed with an unbelievable array of skilled musicianship, the band utilising aspects of textured post rock, robotic krautrock and spacy psychedelic experimentation to flesh out their grooves and bring them to life, the music on each of the four song having an effect not unlike waves arriving at a sandy shoreline, sometimes gentle and lapping , sometimes ferocious and crashing but always strong and powerful. 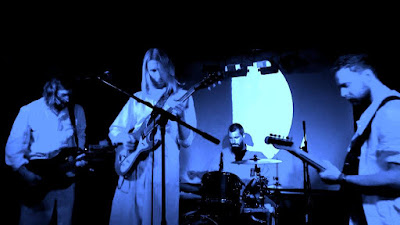 If your a fan of bands unafraid to step off the stoner/desert path into more lysergic territories like Causa Sui and Sungrazer, or are a devotee of the more experimental stoner/krautrock machinations of Seven That Spells,  then Kombynat Robotrn's "Moduls 12 & 13" are two releases that's will blow your mind to smithereens.
Check 'em out ….