Wytchgoat hail from Virginia and have just released their debut album "Kult of the Wytch Goat" and that is the full extent of the information Desert Psychlist can reveal to you at this present time, not because we are trying to keep their identities secret or trying to shroud them in an air of mystery but because that is all the information that we can find on them ( or even he/she as for all we know this could well be a one man/woman project). 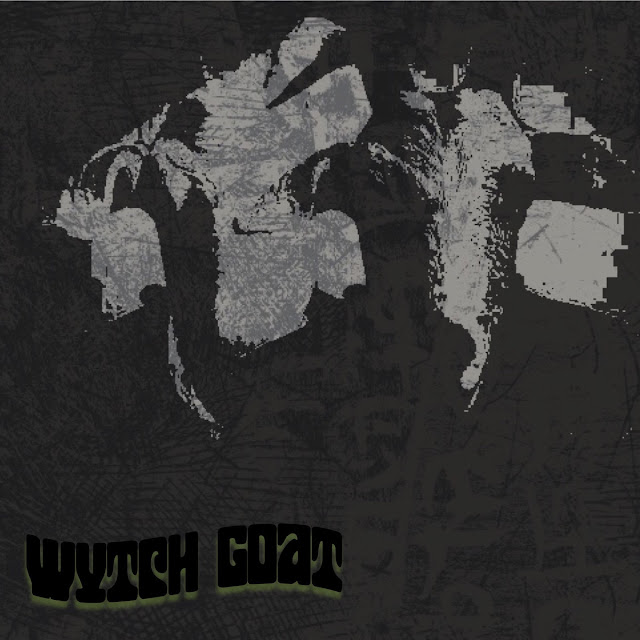 Surrounding mystery aside "Kult of the Wytch Goat" is an album that slays from its opening note to its grainy fuzz drenched last, visiting along its way a myriad of differing doomic styles. If Black Sabbath's blues based proto-doom is the thing that rocks your boat then Wytchgoat have that covered, if the heavily distorted riffs of Electric Wizard are your particular chalice of poison then here you will find a cup with your name on, relentless circular riffage à la Sleep... you can tick that off also. Now it would be easy to think that given these references Wytchgoat could be accused of riding the coattails of their heroes and that "Kult of the Wytch Goat" is an album lacking in originality but you would be wrong, there is a freshness and vitality to the six songs Wytchgoat lay before the altar that although borrows heavily from the past is very much of the now. Grainy, heavy doom grooves, with titles like "Circle of Stoned Goats" and "Conan the Riff Lord", are soaked in differing shades of fuzz and distortion interspersed with scorching acid tinted guitar solo's then further enhanced by heavily phased vocals that sound, on occasions, as if they have been phoned in from another dimension, those vocal tones combined with the relentless nature of the grooves giving everything a delightfully sinister and malevolent edge.

Wytchgoat may not have exactly re-invented the wheel with "Kult of the Wytch Goat" but they most certainly have re-aligned it and put on a shiny new tyre
Check it out ....