In the realms of doom and sludge metal "atmosphere" can be almost as an important factor in defining your sound as the strength of your songs and instrumental prowess, there are many ways a band can ramp up a songs atmospherics but by far the best and most effective way is by tuning low and playing your grooves at a sedate, almost pedestrian tempo. Athens based Greek sludgemeisters Okwaho, Andreas (drums), Bob (bass) and George (guitar/vocals), are one such band to use this technique, combining their low slung riffage with almost equally low slung vocal tones  all underpinned by pummelling slow and heavy percussion, as can be heard on the bands self-titled debut album "Okwaho" 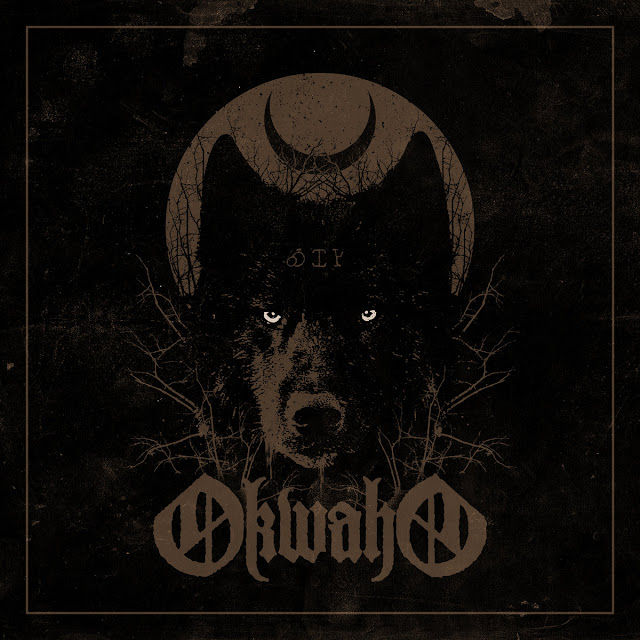 It is unlikely that the music Okwaho create is one that will cause a continuous outbreak of swirling moshpits to erupt at their live gigs, the more likely scenario is one of long haired heads nodding as one to the slow deliberate heavy grooves being laid before them. If Desert Psychlist were to use an analogy to describe Okwaho's sound then it would be to say that the bands groove is akin to an old grizzly bear, a growling, lumbering mass of muscle and teeth that although is not as fast as its younger brethren is nonetheless still as highly dangerous. This feeling of lumbering menace is perfectly exemplified right from the off with title track "Okwaho", a grumbling low, slow and heavy tome that crawls from the speakers driven by slow thunderous percussion and rumbling bass. Overlaid with thick gravel throated vocal tones and a mixture of crunching sludge guitar riffage and lysergic infused solo's the song drips and drools with a latent malevolence and menace and perfectly sets the tone for everything else to come. It would be wrong however to say that "Okwaho" is just a long procession of doom and despair as there are many moments of bright shinning light to be found among the dankness and gloom of the albums seven songs, such as on the superbly atmospheric "Bitter Taste of Betrayal", where in the songs last quarter the curtains of doom are briefly parted and the listener is treated to a blistering blues drenched guitar solo backed by an almost proto(ish) hard rock groove, and the chugging "Stray Hound" with its, albeit vastly slower, stoner rock feel. Blending melody with brutality is no easy thing but Okwaho have managed to balance the two superbly by offsetting their heavy riffs and rhythms with brief but strategic moments of bluesy swagger and lysergic colouring and in doing so have created a highly enjoyable and well rounded album. 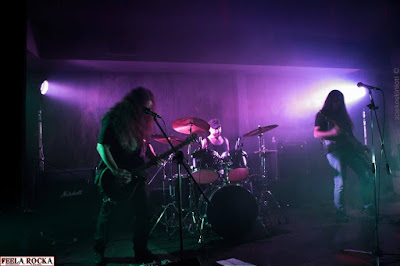 If your a fan of Dopelord, Weedeater and their ilk but also partial to the likes of Egypt, Goya and Electric Wizard then you might just find "Okwaho" is the album for you
Check it out ....