Cybernetic Witch Cult, Sergeant Thunderhoof and Steak are just a few UK bands making their presence felt not only on their own home turf but also further afield, sitting proudly at the forefront of this little British rock revolution are a little five piece combo from Oxford going by the name of  Desert Storm. The band, Matt Ryan (vocals), Chris White (guitar), Ryan Cole (guitar), Chris Benoist (bass) and Elliot Cole (drums), have been steadily building their reputation as a mean, lean riff machine via an almost insane touring schedule and the release of a series of absolutely essential groove drenched albums, the latest of which is entitled "Sentinels" (APF Records) 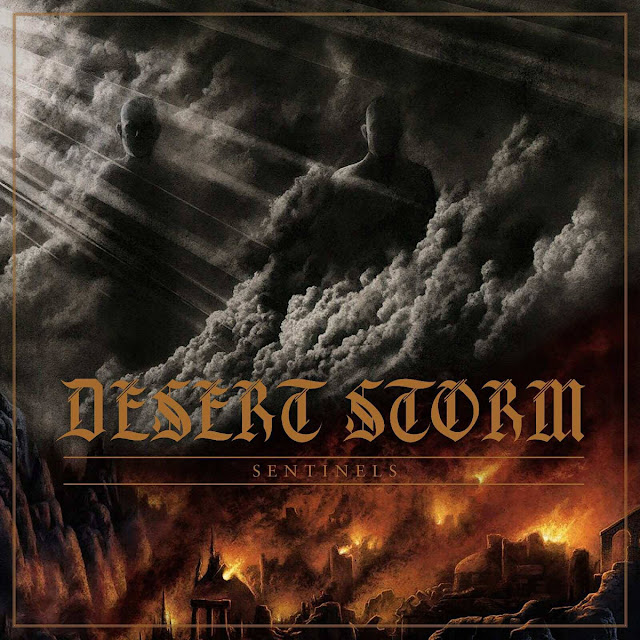 "Journey's End" may seem a strange title for the opening track of a new album but then Desert Storm are not a band who like to do things straightforward and conventional as the songs diverse shifts in mood,dynamics and tempo will testify. The first thing to hit you about "Journey's End" and the subsequent nine tracks that follow it is in how far this band have come in both instrumental prowess and sonic impact since the release of their self titled 2008 debut "Desert Storm", an evolution that has arisen from an almost constant touring regime and hard work spent in the rehearsal room. There are moments during "Sentinels" that, if it wasn't for Matt Ryan's powerful, thick sludge bellow, you could almost be convinced you were listening to some Swedish progressive metal band rather than a sludge based rock band from a city in England, especially on tracks like "Too Far Gone" and "King Of Horns" where Chris White and Ryan Cole's excellent guitar interplay, expertly supported by Chris Benoist's big booming bass and Elliot Cole's tumultuous percussion, take things to another level entirely. Fans of Desert Storm's raucous origins need not fear the band have evolved too far away from their heavy stoner /sludge metal roots however as there is plenty here that will satisfy their needs such the hard hitting "Gearhead" with its heavy/light/heavy dynamics, the swaggering "Drifter" with its southern tinted edges and "Convulsions" with its initial doomic beginnings gradually making way for full on sludge metal bluster. 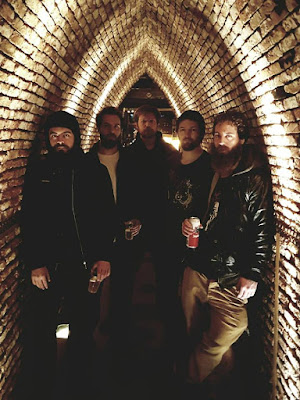 "Sentinels" follows on pretty much where Desert Storm's last album "Omniscient" left off except this time around the band have slightly shifted their focus towards a more complex and progressive attack, still as intense and bludgeoning as before but with subtle shades thrown in to add relief and contrast.
Check it out ...