Two six-string guitars, one set of drums might suggest a lack of bottom end in a bands overall sonic impact but Quebec based Canadian psychonauts Cleophuzz, Alex Sabourin (rhythm guitar), Joe Poitras (guitar/vocals) and Joseph Grenier (drums), have no problems with putting "the low" into their particular brand of desert tinted, blues flecked psychedelic rock as can be witnessed when giving the bands eclectic debut EP "Wizard of Phuzz" (releases March 30th 2018) a spin. 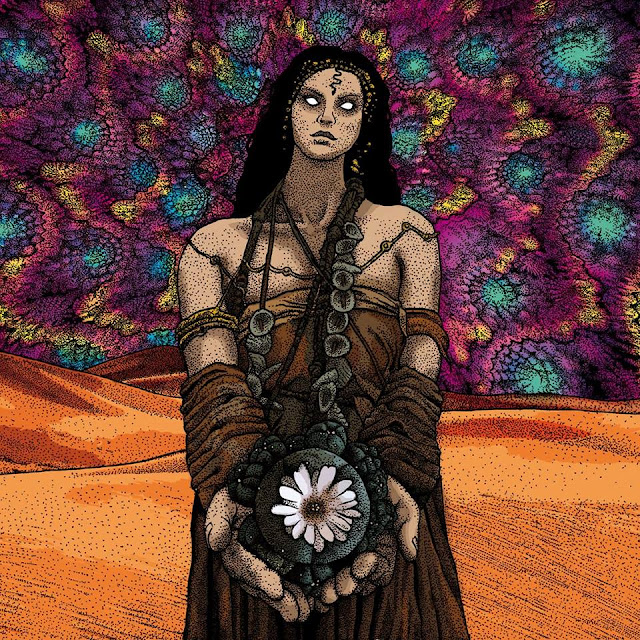 "Wizard of Phuzz" opens its account with "Sandstorm" an instrumental that begins its life in Colour Haze flavoured style, moody, atmospheric and drenched in fuzz. The song crawls and drags itself slowly along on this experimental, highly atmospheric dynamic, embellished with clever little sound effects,  gradually gaining in momentum before climbing to its feet and suddenly exploding into a heavy psychedelic/desert groove pushed by Grenier's pummelling percussion and Sabourin's grainy, heavily effected rhythmic guitar and overlayed with swirling lysergic colouring courtesy of Poitras' hugely distorted lead work. "Mirage" follows and although very much in the same ballpark soundwise as the previous track this time the band introduces a little laid back bluesy swagger into the equation, a swagger that is further emphasised by Poitras  throaty, slightly weary but totally effective vocal melody. Next track " Half Moon Ritual" finds Cleophuzz exploring their spiritual, transcendental side with an achingly beautiful instrumental that has a strong Arabian/Indian influence and sees Grenier providing a strong backbone of tribalistic percussion around which Sabourin and Poitras weave a smorgasbord of diverse, exhilarating and majestic glistening arpeggios, fractured chords and swooping solo's all competing and complementing each other against a backdrop of mesmerising eastern rhythms. It seems fitting, given the Cleophuzz's obvious desert rock influences, that they should brings things to a close with "Walk of Shame" a song that ties all the elements of the albums previous songs together in one place and adds into that mix a touch of Kyuss-like Palm Desert swing with Poitras very much channelling the raw spirit of John Garcia in his strong powerful vocal delivery. 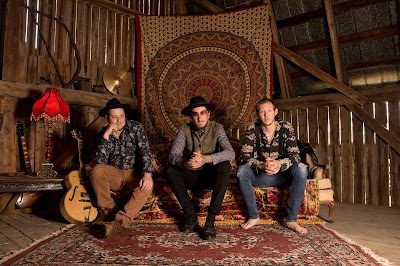 Desert rock is a term and genre that covers quite a wide and varied spectrum taking in the experimental explorations of bands like Causa Sui, Colour Haze and Sungrazer right through to the raucous riffery  of Kyuss and Unida, Cleophuzz with "Wizard of Phuzz" have found a place for themselves in a middle ground sitting somewhere between those dynamics, a place that allows them the freedom to experiment and rock out in equal measure, a place you should most definitely visit.
Check 'em out ....