SuuM ~ BURIED INTO THE GRAVE .... review

Old school doom à la Candlemass, Solitude Aeturnus and Reverend Bizarre is becoming a bit of a rarity of late replaced by a much harder more abrasive form of the genre with harsher style vocals, thankfully though that classic doom sound of yore can still be found if your willing to look hard enough. One band still keeping the old school doom flame burning are Italian quartet SuuM, Mark Wolf (vocals), Painkiller (guitars), Marcas (bass) and Rick (drums), who take the traditional approach to doom, pioneered by those bands already mentioned, but bring it up to date by salting it with elements found in doom's present, something they do to great effect on their new album "Buried Into The Grave"   ( Endless Winter for CD, Hellas Records for tape). 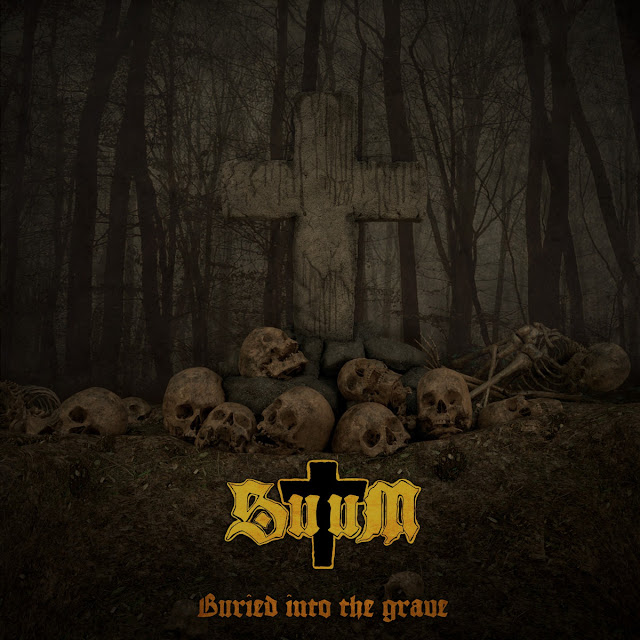 Traditional forms of doom require, above all else, a vocalist capable of delivering tones that are a little bit gothic, a touch grandiose and a whole lot powerful and in Mark Wolf SuuM have found a vocalist who ticks all those boxes. Wolf's vocals range from Bela Lugosi-ish sinister and operatic to harsh, growling and feral while retaining both power and clarity in both, his voice as much an instrument as those played by the rest of the band. Big vocals need big music to compliment them and SuuM provide huge swathes of dank, atmospheric doom to do just that,  Marcas and Rick laying down a massive foundation of heavy grumbling bass and tumultuous percussion around which the wonderfully named Painkiller weaves a mixture of crunching and swirling dank and dark guitar textures. The seven songs on "Buried Into The Grave" stay very much within traditional doom territory with songs like "Black Mist", "Seeds of Decay" and "Shadows Haunt The Night" all boasting huge grooves of atmospheric doom coated in gothic tinted vocals but the band are also prepared to step out of their traditional doom comfort zone and blacken up their sound with a little modern harshness as on the excellent title track "Buried Into the Grave". 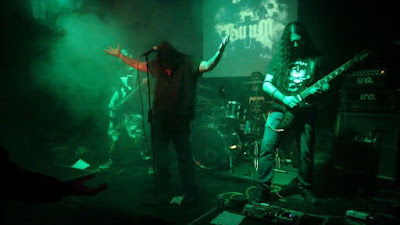 The beacon of traditional/classic doom may not be burning as bright today as it was back in the day but SuuM are making sure, with "Buried Into The Grave", that there is still a vestige of flame still flickering brightly among its ashes.
Check it out ....