Whoever came up with the idea of pairing Irish riffmeisters Slomatics with that of Welsh heavy psychonauts Mammoth Weed Wizard Bastard deserves a hearty pack on the back, MWWB's ethereal fronted heavy psych grooves are a perfect match for those gnarled monolithic riffs and distanced vocals Slomatics bring to the table, as the two bands recent split "Totems" (Black Bow Records) can testify. 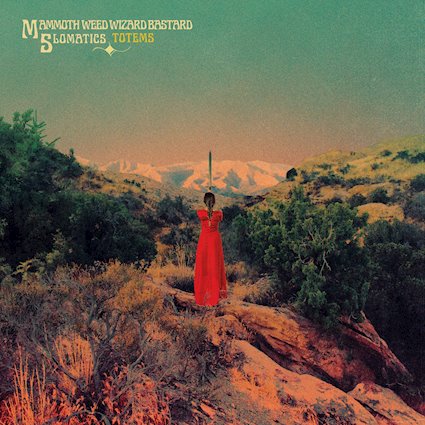 Mammoth Weed Wizard Bastard get first crack of the whip on "Totems", contributing two epic songs, the first, "The Master And His Emissary", a massive twelve minute plus opus packed to the rafters with swirling guitars and haunting vocals underpinned by a throbbing slow rhythmic groove. The second "Eagduru"(an Anglo-Saxon/Celtic word for eye-door or window), is a much more diverse affair , shifting through a series of undulating heavy doomic grooves counterbalanced by sweet almost honeyed vocals.
Slomatics, who have often bemused and confused Desert Psychlist by tending to lean a touch too far towards the repetitive drone end of the doom spectrum, here redeem themselves with three of the best songs they have probably ever recorded. "Ancient Architects" throbs with latent malevolence, its intensity almost tangible, it's shifting rhythms and riffs overlaid with clean powerful vocals all combining to pin you down like a butterfly in a collectors case. "Silver Ships Into the Future" sees the band experimenting with progressive ambience, a lone piano comping out a series of single notes against a background of swirling electronic noise, its tranquil, haunting and strangely beautiful. "Masters Descent",  Slomatics final contribution and EP closer, is a doomic tome enriched by thick sludgy riffs and slow pummelling percussion over which dark droning guitar solo's are laid as well as those already mentioned powerful, slightly distant vocals. Dark, dank and majestic it's the perfect finish to a perfect split. 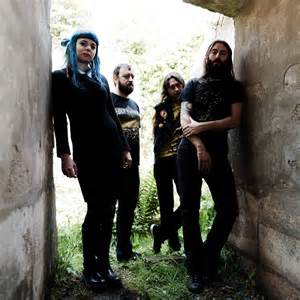 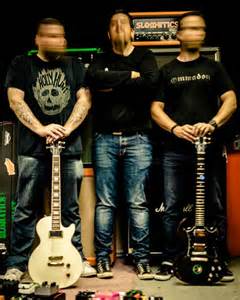 "Totems" showcases two bands who sit a little left of centre from the other bands residing in the halls of doom, both bands prefer to keep things slow, psychedelic and a little intense and both bands prefer to balance their grinding heaviness with vocals of a sweeter cleaner nature. As Desert Psychlist has mentioned before ,in past reviews, split releases can be tricky affairs but when they work they are not just a novelty item showcasing two bands to a wider audience, they are, like "Totems", an essential purchase.
Check it out ....