Olomouc, in the Czech Republic, a city allegedly founded by Roman dictator Julius Caesar  is also the home of Greynbownes, a trio consisting of Lucas Slavik (guitar/vocals), Martin Benda (bass) and Jakub Macoszek (drums), who, like their famous cities founder, dream of world domination. The road to an Empire starts with small victories however and with "Grey Rainbow From Bones" Greynbownes may have taken a significant first step in what could be a most interesting campaign. 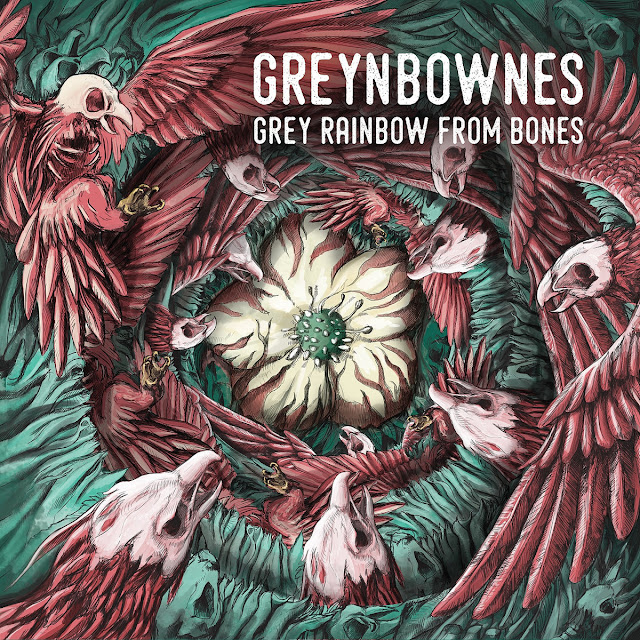 Greynbownes don't come at you from any specific musical angle with "Grey Rainbow From Bones" the band come at you from everywhere, integrating into their sonic attack elements from a whole gamut of rock music's genres touching on Kyuss like desert swagger ("Boat of Fools"), punkish aggression ("Madness"), alternative quirkiness ("Across The Bones") and blues tinted hard rock bluster ("Death Of Autumn Leaves"), the band criss-crossing between these differing dynamics with consummate ease never ever losing their own unique sound in the process, Slavik's vocals, combined with his excellent prowess on guitar, are joy to hear, his sometimes manic, sometimes angular vocal tones adding an extra dimension to the bands grooves giving them an off-kilter edginess that in places is wonderfully jarring in others delightfully smooth. No one is carried in this band either, Benda's superb bass lines and Macoszeck's mix of tight and loose percussion are integral components in Greynbownes overall sound and together they create the perfect platforms for Slavik to launch his vast array of solo's, riffs and licks from as well as those extraordinary vocal tones. 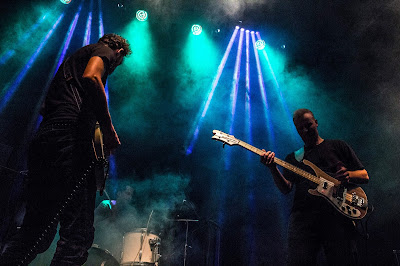 Quirky, angular and different yet having a foothold in that which we are already familiar with "Grey Rainbows From Bones" is an album that delivers on all levels, or as the band tell us in the lyrics of "Weight of Sky", "We have a gift from the gods"
Check it out ....