Sweden, that hub of so much of that which has become essential listening within our ever growing underground community, once again delivers something special. Fungus Hill a five piece band from Umea have just released what amounts to a sci-fi themed concept album consisting of ten deliciously diverse songs, seamlessly stitched together in one fifty minute suite entitled "Cosmic Construction on Proxima B" 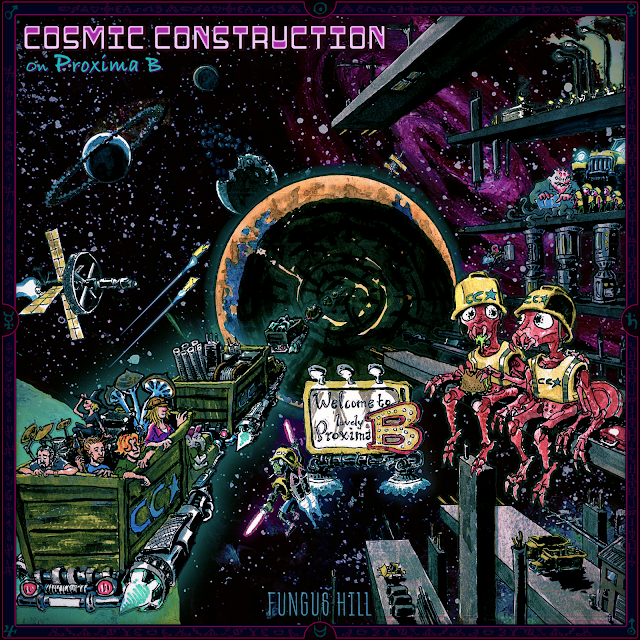 Fungus Hill, Erik Sköld (guitar), Nils Mörtzell (drums), Gustav Orvafors (guitar/vocals), Tom Westerlund (bass) and Jenny Isaksson (vocals/percussion), tell. over the course of forty nine minutes twenty three seconds, a story of  mass exodus from a dying Earth in order to build a new life on a distant planet. Not an exactly new concept you might say, there are many songs and albums that have explored similar territory, where Fungus Hill differ however is in the way they have laid out their tale. Using snippets of sampled dialogue in strategic places to tie everything together the band have created an immersive experience, much like a well written novel, whereby the listener is placed within the story as opposed to being stood outside merely listening in, an almost rock opera approach that combines story and music in a unique and quite exhilarating blend. Musically the band have slightly shifted from the stonerized heavy blues and psych of their previous full length release, "Creatures", and moved into more progressive territories, the band salting their grooves with a mixture of  jazz-like colourings, lysergic textures and complex prog flavourings, filling out their sound with these elements while at the same time keeping a firm grip on those hard earned stonerized rock credentials that first drew many to the band's musical vision in the first place. 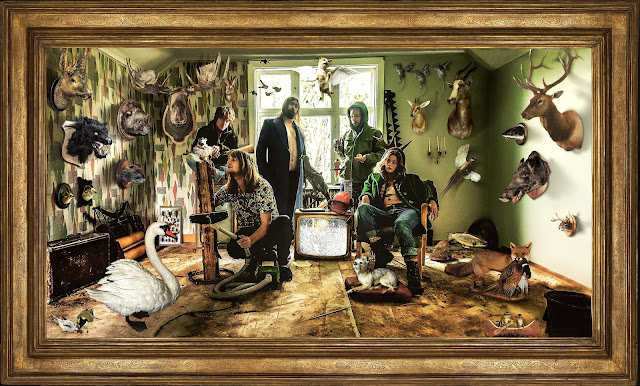 Intelligent, enthralling and highly enjoyable "Cosmic Construction on Proxima B" is a concept album, a space opera and a sci-fi novel all cleverly wrapped up in one and is something you need to check out ....