"Beer battered and deep fried" is a description probably more associated with the UK's, fast food of choice, fish and chips than that of a bands sonic attack but that is how Knoxville trio Realm describe the gritty riffs and incessant rhythms they bring to the table with their latest offering "Red Clay Dead River". The three Tennesseans, Jake Lonas (guitar/vox) Kurt Bell (bass/keys) and Nick Leichtweis (drums) also go on to cite their southern heritage and a love of sci-fi as major influences in shaping their sound, well let's see... 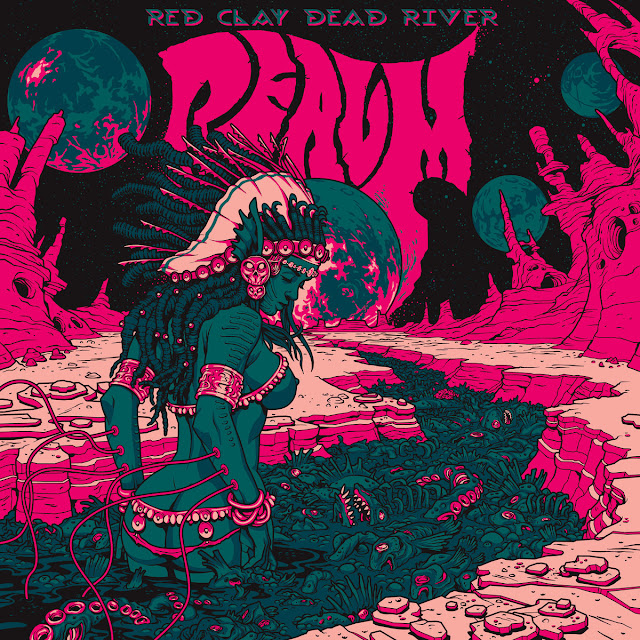 The glorious cacophony of fuzz drenched guitar, heavily distorted bass and pummelling percussion that greets the ears as first track "Infernal Machine" rears its head tells you in just a few seconds what to expect from the rest of the album. Realm deal in doom tinted grooves of sludgy stoner rock that remove the word "slow" from the usual low.slow and heavy approach, that seems to be the norm these days, and replace it with the word "pacey", retaining those low and heavy dynamics but adding to them a little mid to up tempo southern swagger. Add into this equation the inclusion of strong clean(ish) gritty vocals and you arrive at a sound that will appeal to both doomers and stoners alike as well as all those roaming the hinterlands between. Realm also add a glorious raw element to their grooves with songs like "Leh Hesh" and "Smoke and Stone" so drenched in distortion and fogged in fuzz they are almost in danger of breaking up into white noise, even on the relatively sedate and utterly superb "Gypsy Trail" the band cannot but help themselves from trowling on a thick layer of grainy fuzz only easing off the pedals when the song shifts into a campfire sing-a-long in it's final stages. 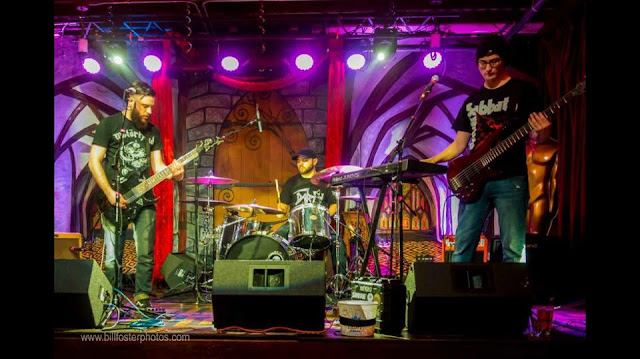 Raw and uncompromising, in both its musical execution and its production, "Red Clay Dead River" is a joy to listen to for anyone with even a passing interest in no holds barred gritty underground rock and is an album that should be played very loud and very often.
Check it out .....