Space and deserts have a lot in common, both are vast expanses populated by very little, both have extremes of either heat or cold and both have been the inspiration behind much of the underground rock scenes finest moments. Glasgow, Scotland may not be somewhere one would associate with either of these expanses but that has not stopped Glaswegian trio Isak , Joe McGarrity (vocals/guitar), Gregor Malcolm (bass/noise) and Robert "Twig" McLean (drums/percussion), from exploring the musical possibilities these two extremes throw up, as can be witnessed on the bands second release "EP2" 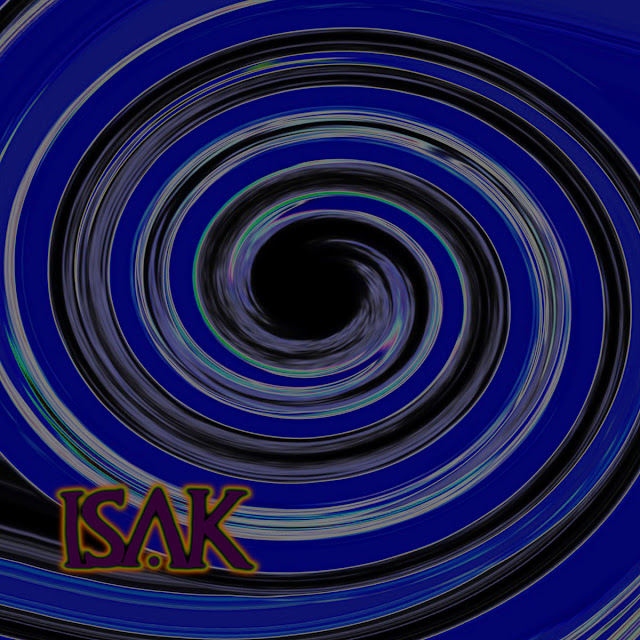 Floydian is the first thought that comes to mind as the swirling, circular motif, that introduces first track "The Sound & The Fury", spins around faster and faster and Floydian is still uppermost in Desert Psychlist's thoughts as Malcolm's gnarly sounding bass refrain is joined by McLean's excellently busy percussion in a groove not dissimilar, in its rhythmic vibe, to that of Pink Floyd's "One Of These Days". However Isak are no copyists and with the introduction of McGarrity's  superbly effective guitar colourings/textures and his clean, clear, perfectly pitched vocals the band soon prove they have a sound and groove all of their own, a groove that although born in streets of Glasgow brushes across sandy desert dunes on its way to the stars and beyond. "Smoke and Mirrors" sees Isak hitting the desert trail with a song that begins with slowly brushed guitar chords echoing over swirling electronic effects underpinned by liquid bass and intricate percussion before exploding into a gnarly desert groove that just as suddenly then drifts into psychedelic ambience with McGarrity singing cryptic lyrics about "Frosted Glass" and "Heavy Water" before the song takes off once again this time on a unexpected foray into heavy blues territory. Malcolm's gnarly bass riff introduces last track "Dirty River" and he is soon joined by McGarrity's grainy guitar and McLean's tight, solid drums in a just as gnarly heavy groove with the guitarist/vocalist ever so slightly flexing his vocal muscles into the upper register. Not a band willing to hang around though Isak soon take the song off on a series of differing tangents that range from spacey ambience through to scorching heavy psych, the band moving through these differing dynamics with unerring and consummate ease. 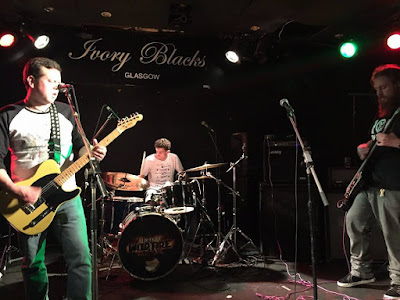 It's been five years since Isak released "EP" and in that time the band have polished off their rougher edges and refined their sound, Those edges can still be found on "EP2" but they are tempered by a more mature and less abrasive approach, the band concentrating less on how gnarly their riffs can be and focusing more on how they can expand their sound into newer and more challenging areas.
Check 'em out ....