Right time to take advantage of the lull in review requests and and promos vying for Desert Psychlist's attention and take a step back to October of last year to take a look at a two song, self titled EP. that got a little lost in the huge tsunami of music that descended upon us in 2017, from a band hailing from Colorado going by the name of Sun of Grey. 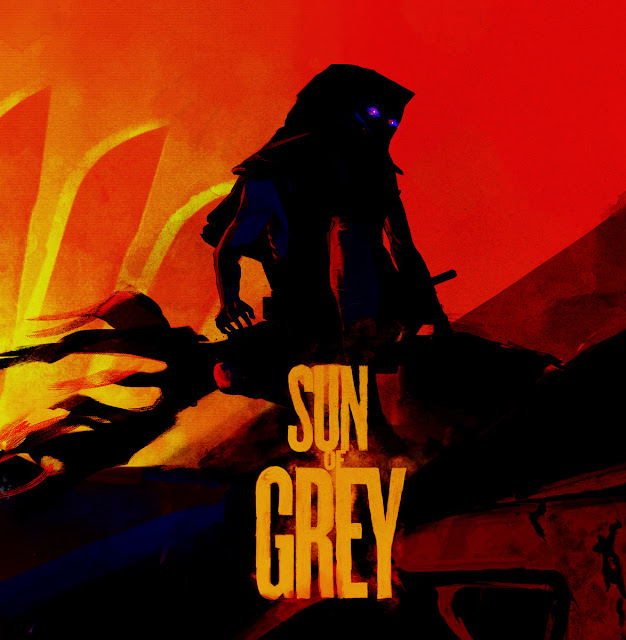 "Sun of Grey" begins its brief but interesting life with  "All Bad Things" a song that thrums and  sparks like an overloaded electricity cable, hazardous but restrained by its outer casing. This analogy of contained danger is the perfect description for a song that has a dark, low key stealth-like attack both in its vocal and musical execution. The songs gnarled grinding refrain is both menacing, and malevolent but that menace and malevolence comes in a latent form that is akin to finding a sleeping rattlesnake, you know its dangerous but are hypnotized not only by its beauty but also by it's threat.
"The Day After" follows a similar doomic path to its predecessor but this time ramps up the atmospherics with sustained guitar colouring and subtle shifts in dynamic and tempo. The vocalist tells, in powerful clean monotonic tones, a tale of a world torn apart by war and disease against a backdrop of heavily distorted guitar riffage, spine crumbling bass and thunderous percussion, the three musicians painting, with their grooves, a nightmarish dystopian vision of the future. 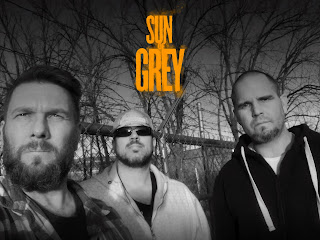 Freddy Allen (bass/vocals), Jim Merz (drums) and Anthony Welch (guitar) are Sun of Grey three doomanauts who play music they describe as "expansive as the Plains and as monstrous as the Rocky Mountains that comprise the landscape of Colorado". Now Desert Psychlist has never been to Colorado but it has to be said that the grooves to be found on the two songs that make up "Sun of Grey" are pretty damn huge.
Check 'em out ....