Most of you reading the pages of Desert Psychlist will be ardent worshippers at the temple of the riff and let's face it who in our community of metalheads, stoners and psychonauts doesn't get off on a big fat crunching powerchord reverberating with fuzz and distortion. Melody, in a vocal sense, however is an oft overlooked commodity within our scene, many of us becoming so accustomed to the raucous growlers, groaners and shouters that front a lot of the bands we listen to today that it is almost strange to hear clean harmonies and melodies at the forefront of those riffs we love so much.
Australia's Fly Agaric, Ralph Kynoch (guitar/vocals), Tom Learmouth (bass/vocals), Ned Cain (drums) and Jamox Frazier (guitar), are one band trying to redress that balance between the melodic and the demonic by fronting their raucous riffage with clean lead vocals and crystal clear harmonies, something that can be witnessed on their debut release "Amanita Muscaria"  an album which was released back in May 2017 but was only recently brought to Desert Psychlist's attention. 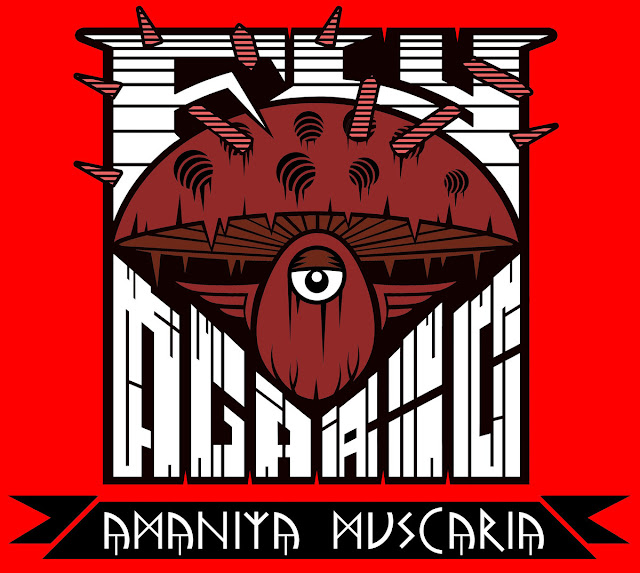 Fly Agaric borrow their dynamics from two separate musical worlds, the rockier end of grunge and the more raucous edges of the desert scene, intertwining them together to create a sound that is familiar but at the same time quite original. The band kick things off with "Meteora" a song that starts off laid back and bluesy then morphs into a chugging desert groove overlaid with cool clean vocals that tell a tale of approaching Armageddon. Over and around this story of destruction and impending doom and against a backdrop of grumbling bass and powerful percussion the two guitarists trade off a series of scorching solo's and licks eventually taking things to a close on a wave of scintillating guitar pyrotechnics. "What Is Said Is Done" follows and fully utilises Kynoch and Learmouth's harmonies, pitching them against a backdrop of gnarly desert riffage and punchy percussion. "The Mirror Doesn't Lie" and "Spare Me" follow a more heavy stoner-ish path with guitar fuzz pedals dialled to eleven and a mixture of lead and vocal harmonies laid over them, the former an out and out rocker the latter a more catchy, almost commercial affair, with a delightfully addictive vocal melody." We Will Be One" has a an alt/grunge feel while "What Goes Around" boasts a groove that straddles that grey area where 70's punk crossed over with the mainstream, a sound once referred to as "new wave". Finally "Black Clouds" brings "Amanita Muscaria" to a close with a song that draws all those threads, visited elsewhere on the album, and weaves them into one big tapestry of swirling lysergic groove. 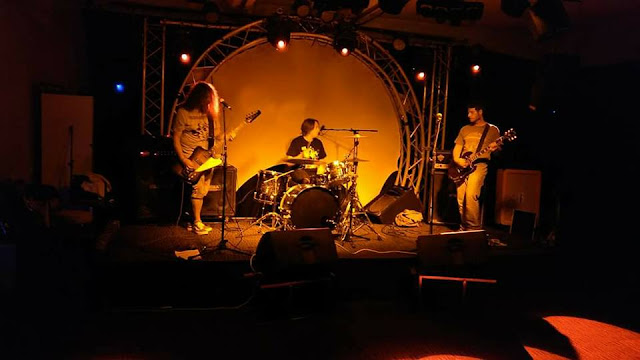 Melodic but with a sting in it's tail "Amanita Muscaria" is an album that delivers on all levels, whether your a shorts wearing stoner, a leather clad metalhead or a classic rock loving weekend warrior there is something here for you all.
Check it out .....