With two pervious albums already under their belts, "Under The Hurricane" and "Grand Union", and having shared stages with the likes of John Garcia, Karma To Burn and Valient Thorr one would think that Portugual's Dollar Llama would be considered as A-list material among those that prefer their music doomic and stonerized. Somehow, and not because of a lack of talent or dearth of addictive grooves, taking that next step up the ladder has so far eluded the band, hopefully that will all change with the release of their latest album "Juggernaut" (Stoner Groove Records) 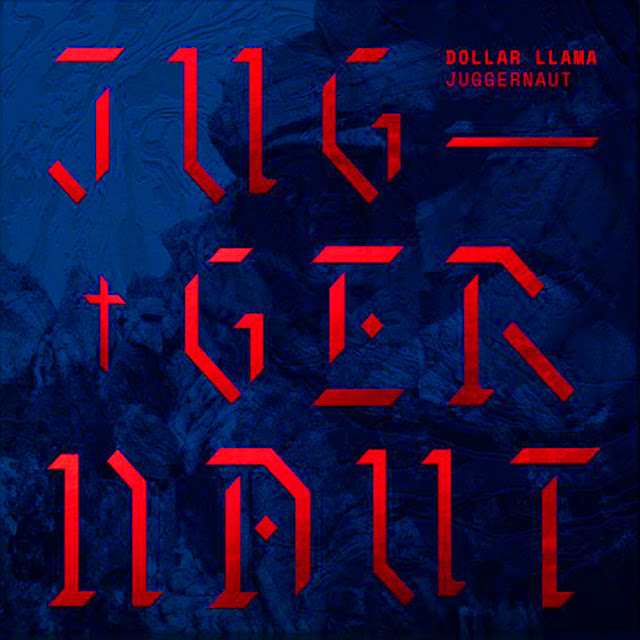 "Juggernaut" is possibly Dollar Llama's best album to date combining as it does an undercurrent of gnarly southern strut flecked with elements of raucous stoner/sludge riffage and bluesy hard rock swagger. Add in to this equation the fact that these guys can not only lay down all the grizzled and gnarly refrains you could ever possibly desire but are also not averse to filling their songs with such occasionally outdated notions as swing and melody. From the opening bars of "Semigod" to the gradual fade out that closes last track "Youth Riot" Dollar Llama tick every box needing to be ticked, push every button needing to be pushed to ensure maximum impact. The twin guitar attack of Hugo Vieira and Chikko Marques pay huge dividends and define each song throughout "Juggernaut", whether the pair are playing off one another or harmonising on a motif/riff their contributions are a massive part of what makes Dollar Llama's songs work, their slightly different guitar tones, clashing and entwining around each other, an integral component to the bands overall sound. Beneath those swirling solo's and crunching riffs beats the heart of the band, the engine room of José Dinis (bass) and Pedro Cardoso (drums) who drive and steer the bands groove with booming low end and pummelling percussion, the bassist and drummer laying out loose and easy when the dynamic calls for it, locking in tight and solid when the hammer needs to go down. Over this whirlwind of gnarled groove and duelling fretwork are layered the distinctive tones of one Tiago Simôes his bear like sludge roar and throaty yet surprisingly clear stoner rasp dominating songs like "Knucklehead" and "Nails". giving them an impressive extra level of passion and gritty gravitas, his powerful voice the icing on what is a very tasty cake. 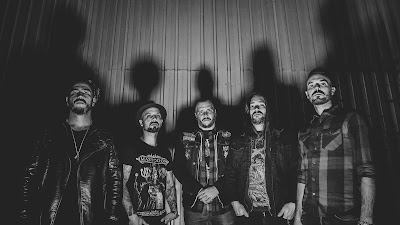 If Dollar Llama's latest release does not see them climbing another rung of the ladder towards wider international recognition within the underground community then there is very little justice in this world. "Juggernaut" is a truly impressive album that deserves better than cult status so do the band a favour tell your friends, tell your family and even tell your enemies to....
check it out ....