A rehearsal is a time when a bands members generally get together to hone their skills for an upcoming tour or to thrash out new ideas and work those ideas in to fully fledged songs. Bands occasionally tape these rehearsals to listen to later or ,in the case of more established bands, release them as bonus cuts to re-mastered albums and box sets but in most cases these rehearsal tapes rarely ever see the light of day, buried away somewhere and forgotten about. It's quite unusual that a band should release a recording of one such rehearsal for public consumption but that is exactly what Dryad have done with their debut EP, a four song tsunami of grizzled groove descriptively entitled "Rehearsal Tape". 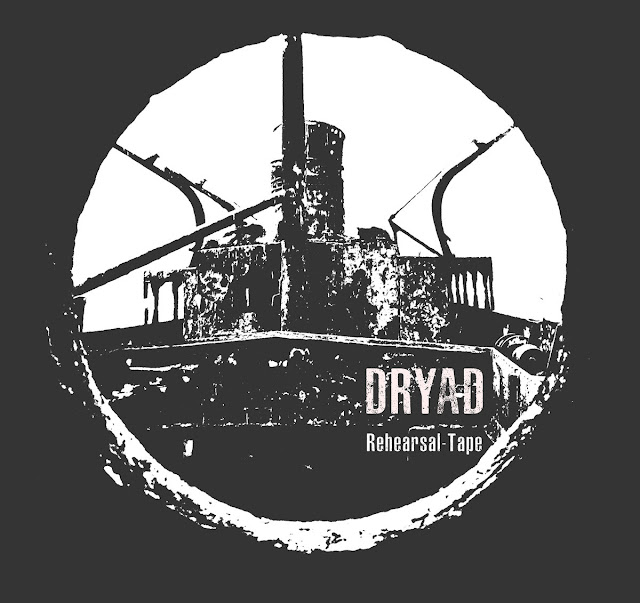 Dryad, Sebastian (drums),Michael (bass/vocals) and Bjorn (guitar),  a trio from Wurzburg, Germany with a love of Kyuss, Mastodon, Black Sabbath and the MC5, are not pretending to be anything other than what they are and what they are is a damn good heavy rock band. If Desert Psychlist wanted to be a little more genre specific we could probably say that Dryad's sonic attack leans more towards the more proto metal end of the spectrum but that would then be dismissing the elements of modern heavy metal, stonerized doom and bluesy hard rock that also go a long way to colour their raucous and highly addictive sound. These elements, combined with the band's adept skill at mixing monolithic heavy riffage with strong throaty vocal melodies elevates Dryad's music from out of the realms of the ordinary into the realms of the extraordinary. The four songs that make up "Rehearsal Tape",The Advent Of Dawn", "Overload", "Gaia" and "Meghalaya", cover an array of morose and thought provoking lyrical imagery so one would expect the grooves surrounding those lyrics to reflect that imagery yet this is not the case, there is an oddly uplifting feel to the music Dryad envelope their lyrics with, where you might expect drudgery there is drive, where you thought you would find depression there is a joyousness, it's a feeling the band sum up perfectly in the lyrics of "Meghalaya.", "Life's a ride, there's sometimes fog, at times light". 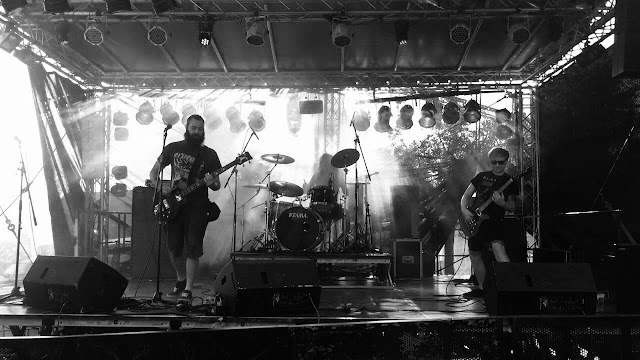 "Rehearsal Tape" is just that , a rehearsal tape, yet it comes across better than some bands fully formed albums. Imagine what Dryad can do if unleashed in a proper state of the art studio!
Check 'em out ....