SLEEPING VILLAGE ~ AMONG THE GODS .... review

If you name your band after a fairly well known Black Sabbath song then comparisons are bound to be made with that band and your own grooves, thankfully New Jersey's Sleeping Village, although obviously influenced by Sabbath, do not fall into the trap of trying to imitate their every move and note instead finding and creating their own sound and groove within the frameworks provided by their heroes.
The band, Rick Dal Cortivo (vocals/guitar), Tim Gray (bass) and Scott Borchert (drums), have just recently released their debut EP "Among The Gods" 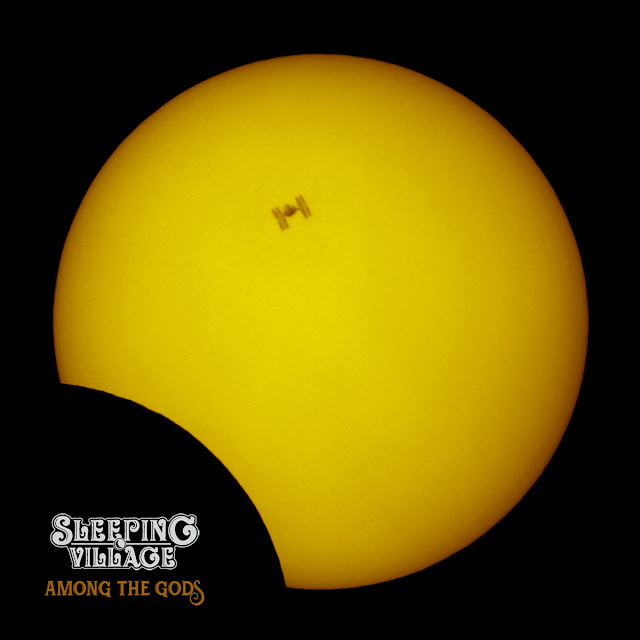 There is no denying that the spirit of Tony Iommi looms large among the riffs and grooves that go to make up the four songs of "Among The Gods" but that spirit manifests itself as more of a feel than an out and out lifting of licks, riffs and solos, guitarist/vocalist Cortivo injecting his own identity and ideas onto and into each and every song. Ably supported by Gray's big sounding bass lines and Borchert's busy, solid percussion the guitarist layers thick swathes of overdriven riffage and swirling bluesy lead over a tumultuous barrage of gnarly proto-doom groove while at the same time delivering cool clean vocals that although not particularly strong are totally effective. It is these vocals, delivered in slightly weary-ish, almost indie fashion that sets Sleeping Village apart from other Sabbath inspired bands currently doing the rounds, Cortivo's un-Ozzy like tones giving songs like "The Puppet Masters", "Lucky 7's" and title track "Among The Gods" a feel more akin to the early days of Austin, Texas' The Sword rather than those of the famous Birmingham Four. Final song "The End" moves the goalposts slightly and finds the band mixing their proto-doom grooves with those of a more traditional doom flavour the song shifting through a series of differing tempos and time signatures before fading out on a wave of grainy fuzz drenched riffage. 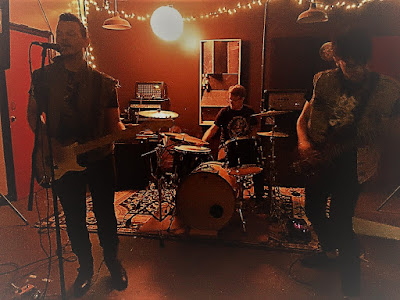 Sleeping Village have no problem admitting to their Sabbathian leanings, guitarist Rick Dal Corvito candidly telling Desert Psychlist "We are a classic heavy metal/doom band from New Jersey trying to capture that old Sabbath groove", and Desert Psychlist as no problem in admitting to loving what they do with that groove on "Among The Gods" ... lets see if you agree with us
Check it out.....