Oneofyou are, Kevin Adams (vocals/guitar), Anthony Hernandez (guitar), Drew Thurman (drums) and Josh Lodoly (bass), four guys from Kansas City who describe their sound as heavy rock'n'roll/punk blues but would much prefer it if we described what they bring to the table as performance art. The band have recently released their latest album "La Frontera -Chapter One: Purgatory" the first instalment of a two album project. 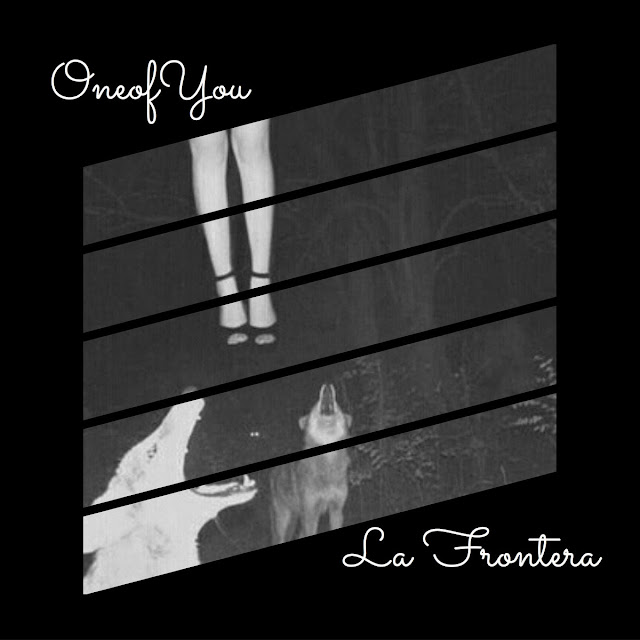 To pin Oneofyou's sound down to one specific genre would be nigh on impossible, this is a band who wander through styles like nomads wandering across deserts, never settling long enough in one place to acquire the  musical equivalent of a zip/post code, refusing to be put in a box or appear on a tick list. The band fill songs with titles such as  "Dos Mundos", "Locura" and "In The Shadow" with flavourings that range from Celtic to Americana, touching on stoner, alt/grunge and psych along the way, each song delivered with an almost angular attack that has an element of  QOTSA-like quirkiness yet maintains a vibe all of its own. Kevin Adams handles vocal duties throughout his voice echoing that of Pearl Jam's Eddie Vedder in places, his phrasing reminiscent of Roxy Music's Bryan Ferry in others, soulful and impassioned tones that dominate each song yet do so without detracting from the astounding musicianship that frames them.

As Desert Psychlist stated in this reviews intro "La Frontera - Chapter One: Purgatory" is the first part of a two EP project, part two of which the band are already working on having already released, via Bandcamp , a single "Perfect Stranger". As you can see Oneofyou are not a band who believe in allowing the grass grow under their feet, nor should you
Check 'em out....