THY KINGDOM SLUM ~ A HISTORY OF DISSENT .... review

I suppose many of found our ways to the seedy recesses of the stoner/doom and psych scene via a variety of different routes some may have followed along the Sabbath route signposted by "Master of Reality" others via the dusty desert trails left by Kyuss, Unida and their like. No matter how we arrived or even where those paths have led us since we can all probably agree that the one thing that brought us all here in the first place was a love of a big fat riff, drenched in fuzz and distortion and played very loud.
If the above statement resounds with and you find yourself nodding along in sage agreement then get ready to relive those days of thundering rhythms and gnarly refrains with Canadian riffmeisters Thy Kingdom Slum and their debut release " A History of Dissent". 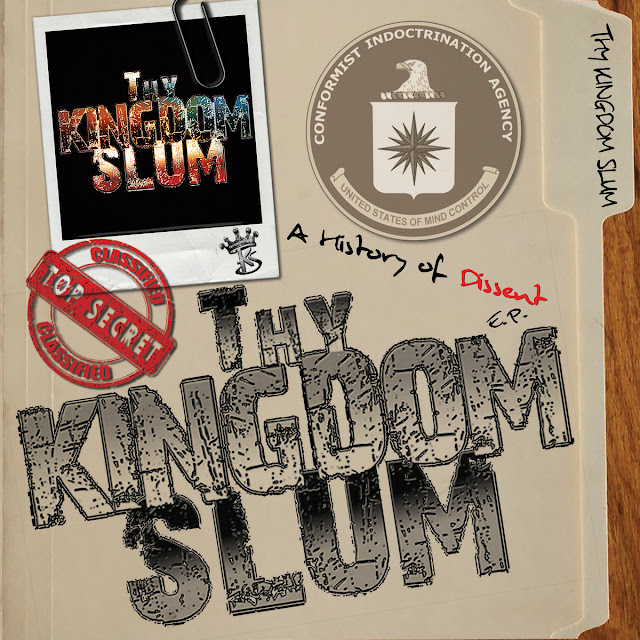 Grab your hard hat and settle down somewhere safe from the danger of falling masonry as your world is about to be rocked, shaken and stirred by a glorious cacophony of noise dealt out by a band whose blend of kick-ass rock'n'roll and insightful social commentary is both relentless and loud . Thy Kingdom Slum, Trevor De Block (rhythm guitar/backing vocals), Brandon Gourley (drums), Chris Mayville (lead guitar), Michael Edwards (vocals) and Ray Solomon (bass), kick things off with "Reign/Black Flags", a stirring diatribe against those that hold the power told in throaty maniacal vocal tones and delivered against a wall of crunching riffage and incessant rhythms. Three more highly charged, politically themed songs follow, "Master Plan","5even" and "Not Your Enemy", before the band close shop with "Presence of Mind", the band urging us to "Use your fucking minds, before we run out of time" and warning us of "the demagogue propped up by puppet strings" over a swathe of gritty stoner fuzz and blustering heavy rock rhythms, the song and EP finally coming to an end on a wave of howling sustain. 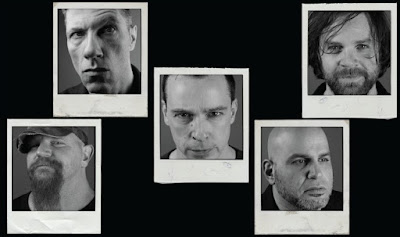 Furiously paced, grainy stoner/hard rock grooves and social commentary do not always sit comfortably together but Thy Kingdom Slum have, with "A History of Dissent", somehow managed to find a balance that provokes thought while at the same maintains a sense of fun, delivering an EP that is not only highly enjoyable but also highly intelligent.
Check it out ....