Women involved in the arts have had a pretty raw deal over the years as can be seen by the recent Hollywood sex scandals and the UK's TV pay parity revelations, in our own underground rock scene however women have had a somewhat easier ride (although it has to be said not always) with women musicians like Acid King's Lori S and Youngblood Supercult's Bailey Gonzales garnering in their respective fields an equal level of respect as that of their male counterparts. The biggest sea change however is in the emergence of a seemingly unending slew of bands fronted by the voices of female vocalists, less and less are we being bombarded with those statements of " I never listen to bands with female vocals" many music fans/collectors going out of their way to actively seek out these bands, appreciating the different dynamics a female voice can bring to the table. All of which brings us around nicely to discuss a new band on the block, a band from New York, fronted by sublime vocals, going by the name Uncrossing  who have just released their self-titled EP "Uncrossing". 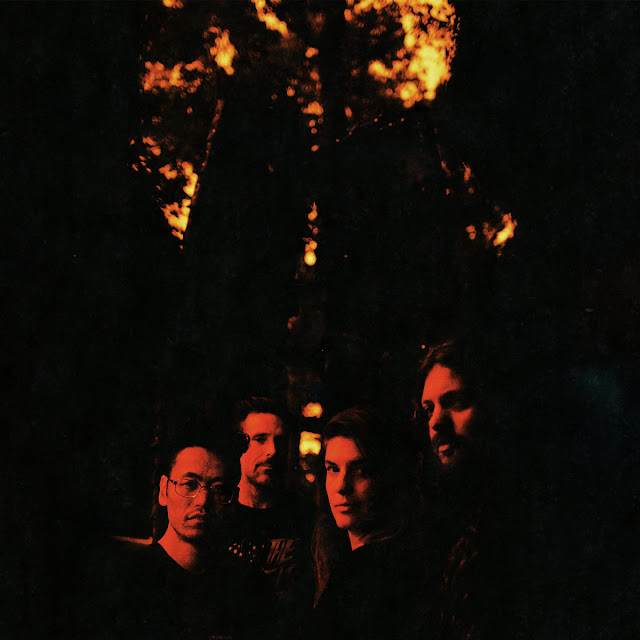 "Uncrossing" opens its account with "Get It From Me" a sultry doom tinted opus that begins with Jared Drace picking gently swept arpeggios from his guitar before being joined by Scott Meyer's bass and Sanal Leejean's drums in a chugging fuzz drenched groove embellished by Drace's clever little guitar licks and soaring solo's. Over and around this quiet storm of crunching riffage and rock steady rhythms soars the majestic vocal tones of the bands secret weapon Kristin Flammio. Flammio's voice, clear, clean and blessed with a purity that is quite rare in underground rock circles, swoops swirls above the raucousness lying just beneath it, her almost symphonic tones, bereft of the usual grittiness associated with this genre, coming across like candy for the ears. "What I Want" follows and sees the band moving into tranquil waters with Drace's Stairway To Heaven(ish) guitar motif the base around which Flammio tells a heartfelt tale of longing for something not in her control, her story fractured by moments of intense metallic bluster, moving, atmospheric and superbly executed by all involved it is beautiful and bruising in equal measure. "IOU" closes "Uncrossing" with a song that highlights not only the bands musical prowess but one that also throws a light on where this band might be heading next, the songs intense heavy doomic riffage, Sabbath-esque shifting time signatures plus Flammio's slightly edgier vocal delivery suggesting a band moving towards a darker more occult orientated sound. 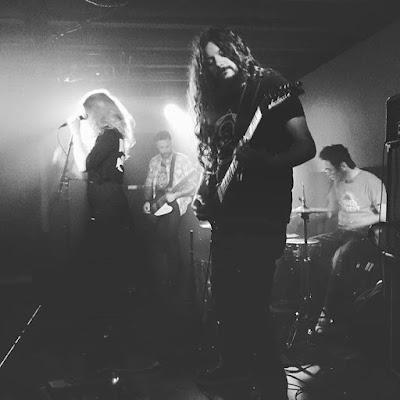 What direction Uncrossing take their sound in next is unknown, will the slightly symphonic tinted metal of "What I Want" win the day or will the intense proto-doom of "IOU" be the path they take, or will it be that mixture of both that makes "Get It To Me" so utterly enjoyable be the way forward? Desert Psychlist doesn't know but finding out is something we will be very much looking forward to.
Check 'em out ....