October of 2017 Desert Psychlist reviewed a live EP from a relatively new Swedish combo trading under the name of Hazemaze containing five tracks of absolutely blistering doom tinted proto-metal. That EP, "Live at Copperfields", highlighted a band influenced by the music of the 70's but not overwhelmed by it, pulling elements from the past but blending them with the more contemporary grooves of todays stoner/doom and psych scene to shape a sound that is fresh and of the present yet still doffs its cap to those that have paved the paths before them. The band, Ludvig Andersson (guitar/vocals), Nils "Ein" Eineus (drums) and Estefan Carrillo (bass) promised, on the release of their live EP, a soon to come full album and true to their word here it is... "Hazemaze" (Kozmik Artifactz Records) 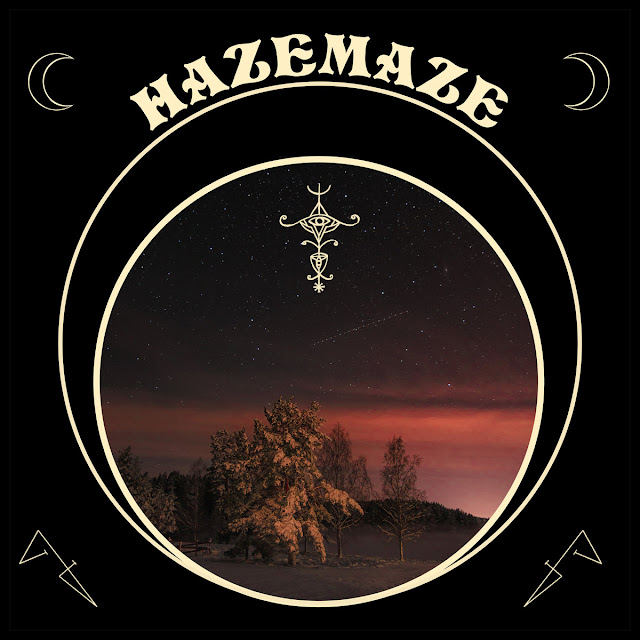 A laid back and funky slow blues jam opens first track "Wall of Confusion" then gradually mutates into a low slung mid tempo proto doom refrain driven by growling bass and pounding percussion. Over this dark rumbling earthquake of sound Andersson croons lyrics telling a tale of the thin veil separating life and death in cool clean vocal tones, tones that although not overly powerful are a perfect match for the dank hazy grooves they are surrounded by. "Hazy" is the perfect word to describe Hazemaze's sonic output as there is a tangible hazy quality to all eight songs on "Hazemaze", whether this is intentional due to their name or just some happy accident Desert Psychlist doesn't know but that "haziness" is there nonetheless and it works for them. On songs with titles like "Minds Abyss" and "Beast and Prey" that "haziness" presents itself in Andersson's low pitched riffs and solos and Carrillo's even lower grumbling bass lines, the pair combining with Eineus' solid busy drumming to create a dark thrumming effect not dissimilar to the sound of an overloaded electricity cable, something  that when written down might may sound like a hindrance but in actuality enhances the albums overall effect. 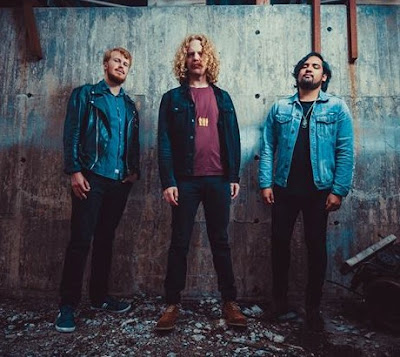 If you like your grooves thrumming with raw power and growling with latent menace then "Hazemaze" might just be the album you've been searching for
Check it out .....