THAL (The Heathens Are Loose) started of as a one man project. the brainchild of multi-instrumentalist John "Vince Green" Walker, his idea was to get the songs that were forever forming themselves in his head recorded with a minimum of collaboration from others, playing all the instruments himself and only calling in fellow musicians for parts he felt they could better handle than himself. This solo approach resulted in 2016's "Glitter" an astounding debut that garnered a lot of well deserved attention and appreciation within the underground's rock community. No man is a mountain however and Walker soon realised for THAL to move forward a little help and collaboration from a more permanent second party would not go amiss and also take a little strain off his shoulders. Enter Walker's Wytchord bandmate Kevin Hartnell, also a multi-instrumentalist, to add his weight to both the instrumentation and songwriting for the (now a) bands new album "Reach For The Dragon's Eye" (Argonauta Records) 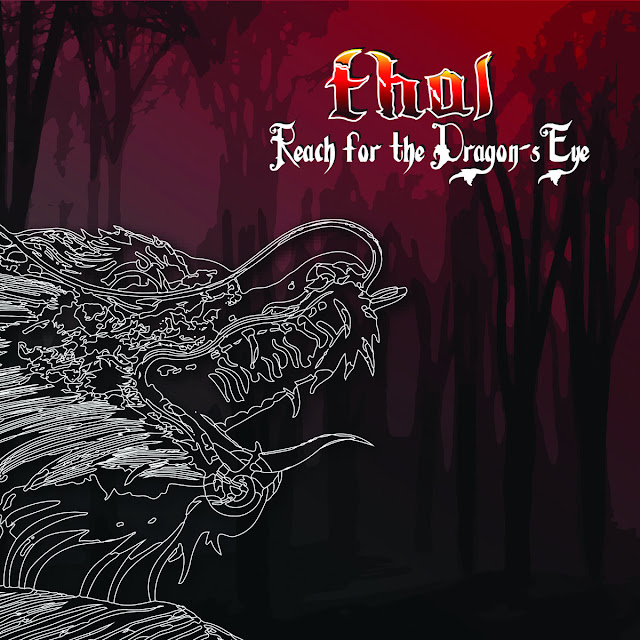 The first thing that hits you about "Reach For The Dragon's Eye" is the level of sheer power these two guys create between them. Sometimes with two man affairs the listener is left with a feeling there is something lacking or missing from the overall sound, an element gone astray somewhere that you can't quite put your finger on but just makes everything feel a little less than whole, this is not the case here. Walker and Hartnell fill every space available on "Reach For The Dragon's Eye" with swathes of gritty sound so much so that even the pauses between songs feel loud! Desert Psychlist could not, without a detailed breakdown, honestly tell you who plays what on each track (except that Hartnell handles all the drum parts) what we can tell you though is that every guitar solo, riff, bass line, drum beat and synth noise are delivered with the utmost expertise, without indulgence and for the song. Did we mention songs?  THAL have them in spades, gritty fuzz drenched ones like "Rebreather", southern tinted ones with an undercurrent of bluesy swagger a la "Thoughtform", angry bitter diatribes, "Punish" and intense ones with prog-ish undertones, "Reach For The Dragon's Eye". The band even get to throw in a little QOTSA-like quirkiness via "Her Gods Demand War" where they invite These Butchers Will Kill You's Sophie Steff in to help out on vocals. 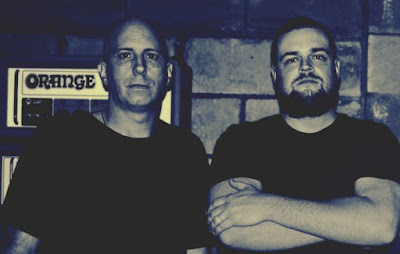 All in all THAL have, with "Reach For The Dragon's Eye", created an album that had it been released before the New Year would most certainly have made Desert Psychlist's best of list for 2017, an album that will only not make our best of list for 2018 if 30 better albums are released in this coming year and that my friends is going to be a very tall order!
Check it out ....