Welsh trio Dope Smoker are a bit of an anomaly, the band, who to date have released five albums, are seemingly obsessed with surf, sea and marijuana, using these themes over and over again as the foundations on which to build their sound, a sound which incorporates huge walls of gnarly fuzz drenched guitar riffage, deeply distorted bass and pounding heavy rock drumming coated in mantra -type vocals delivered in strong ,Ozzy-ish, nasal tones.
The band today (29/06/17) release their sixth album "Legalize It" (available here) 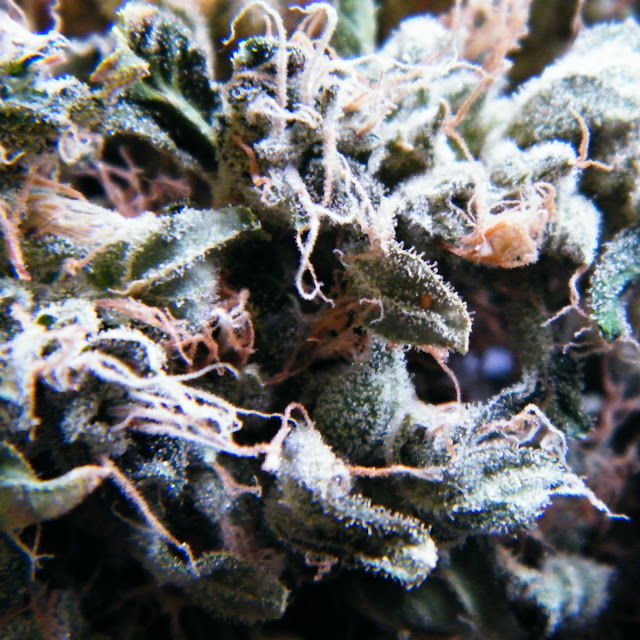 So what do Dope Smoker bring to the table that's different this time around  I hear you ask, well the truth is not a lot really, those insistent swathes of overdriven guitar riffage, dripping with so much fuzz they are in danger of breaking up into just noise, are still in place, as are those thrumming lines of distorted bass that accompany them.  The bands lyrics remain minimal, consisting of a few lines repeated ad-infinitum,  mostly concerning the legalization of herbal tobacco or the love of it sang/chanted in stonerized mantras that are almost Gregorian (monophonic religious vocal cadences) in tone. Where "Legalize It" differs from previous Dope Smoker outings is in the levels of musicianship that have slowly crept into the bands repertoire and the subtle shift away from clubby trip-hop backbeats to a more traditional rock based percussive groove, "Legalize It" also sees the band  experimenting with elements of ambience and atmosphere, filling out there odes to "the leaf " with gentle and serene dynamics, expertly entwining them into their, now familiar, raucous  fuzz soaked riffs and mesmeric grooves. Nowhere is this more evident than on the hypnotic "Trenches" where screeching feedback, droning bass effects and wordless vocal melodies mingle with gritty stoner refrains and thundering grooves, ramping up the atmospherics to create a fuller sonic attack that is at times spine-tingling, a trick  they also repeat on the wonderfully hypnotic "Nasa". Dope Smoker also get to flex their doom muscles on the low, slow and heavy "Over", its powerful dark and intense groove enhanced by swirling guitar colouring and textures giving it a feeling of eerie menace.
All in all "Legalize It" ticks all the boxes you would expect to have ticked from a Dope Smoker album but also shows a band who are slowly, at their own pace, evolving into one of the finest and most original bands on the UK underground scene today.
Check 'em out ....