Utrecht, The Netherlands can trace its origins back to the stone age, how apt then that Container a five piece stone-R band should hail from that region.
Container, Daan - (vocals), Boudewijn (bass), Rutger (guitar), Hayo - guitar and Erwin - drums, are fans of Kyuss, Fu Manchu, The Melvins and Black Sabbath and although there are definitely elements of all these bands surfacing on the bands debut album "Mountains Of Gaia" the bands sound seems to also owe a huge debt to the garage rock grooves of the MC5 and the Stooges. 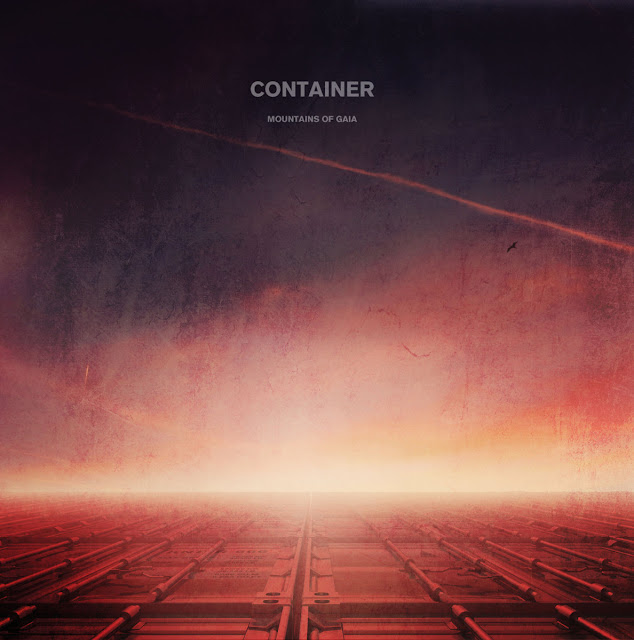 First song "Circus" begins with that classic circus theme, a theme that has introduced circus shows across the world since the whole circus phenomenon began way back, joined by a tribal drum pattern and insidiously sexy circular bass line. The song then erupts into an undulating metallic stoner groove replete with swirling guitar attack and crunching riffage enhanced by Daan's sleazy garage toned vocal delivery, the frontman acting out the role of a demented ringmaster inviting you to a show you feel you might enter but never leave. The songs diverse mix of grooves is indicative of what to expect from the rest of the album and is an introduction to a band whose blend of gnarly, gritty hard rock/stoner riffage and garage/punk rock attitude is truly something to behold. Container are not a band who like to play by the rules, they are a band who like to confound and confuse their listeners, a band who are as likely to chill out their audiences with moments of tranquil beauty as to pin them to the wall with the force of their sonic aggression, and they do this over the course of eight of the most eclectic and addictive tunes your likely to hear this year.
Check 'em out ....