The German hard rock/stoner/metal trio of Daniel (Guitar/Shouts), Martin (Drums) and Oskar (Bass) originally started life as Black Mass in their hometown of Munich in 2016 but for legal reasons had to have a quick change of name so with a deft stroke of a pen Blind Mess were born. The band describe what they do as "A mess of fuzzy tones and shouts in a nebula of Rock'n'Roll" and it's hard to disagree with that statement when listening to the bands self titled debut "Blind Mess". 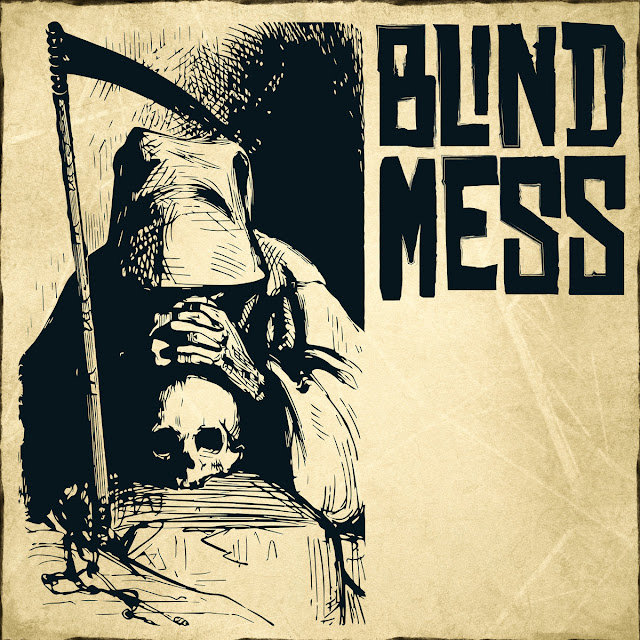 The band cite Queens of the Stone Age, Motorhead and The Misfits as some of the inspirations for their brand of hard edged, gritty metallic groove and although their are elements of QOTSA's quirky desert refrains to be found throughout "Blind Mess" it is those of the latter two bands that are the most prominent and obvious. Old school metallic rock'n'roll combined with an edgey punk attitude is the foundation on which songs like "Ship of Fools", "Black Mess", "Supernova" and "The Monkey" are built, and those elements alone would be enough to please even the most ardent heavy rock aficionado but Blind Mess blend into those elements touches of fuzzy desert colouring and texture, adding an air of off-kilter quirkiness to their raw edged raucousness. 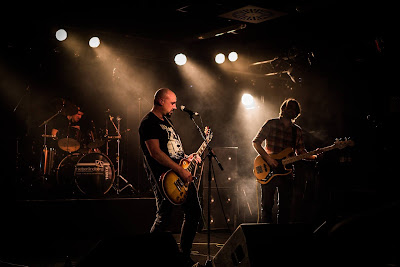 If you like your rock'n'roll brought to the table with throat ripping vocals sang/shouted over chainsaw riffage, bone crumbling bass and thunderous percussion all served up with a side order of desert/stoner grittiness then Blind Mess is a band you should check out......