Sasquatch are a band who never disappoint, never deliver less than 100%, run your finger along their back catalogue and randomly stop anywhere and you are almost guaranteed to find a song that will leave you listening and nodding along with a big cheesy grin on your face.
The Los Angeles trio of Keith Gibbs  (guitar, vox), Craig Riggs (drums, harmonies) and Jason "Cas" Casanova (bass) have a sound and groove that, although influenced by all the greats of the 1970's, is one that is completely their own, a sound that is undeniably and categorically Sasquatch. The only criticism that might be levelled at this band is that you have to wait so long between albums,.but that in itself makes the arrival of a new Sasquatch album that much more satisfying, for when one does arrive it becomes hard to listen to anything else for at least a month or so.
Our patience  has at last been rewarded and that time has at last arrived for a new Sasquatch album, so please clear your diaries for "Maneuvers" (available now on Bandcamp) 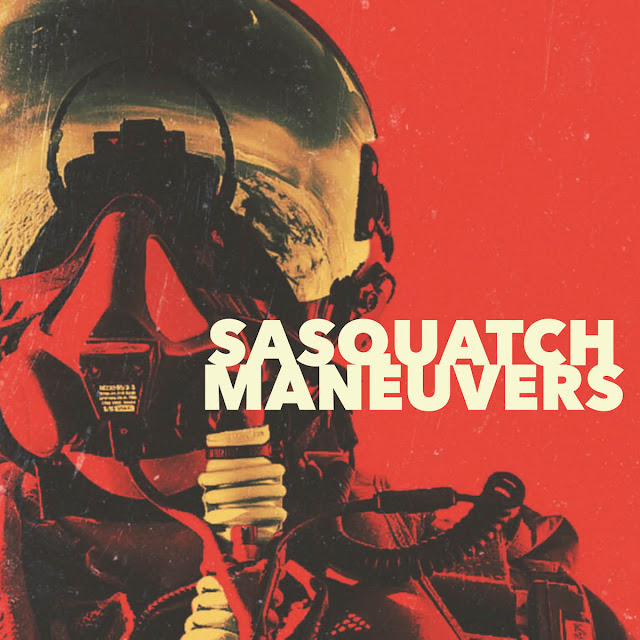 "Rational Woman" opens "Maneuvers" with  a heavily fuzzed, strident groove pushed hard by Riggs and Casanova's solid and insistent rhythm work, the drummer and bassist locking in tight together laying down a solid bedrock for Gibbs to coat in swathes of warm fuzz and distortion. Over this resulting cacophony of proto-metal groove and stoner/hard rock swagger Gibbs also applies vocals, his clean, powerful and distinctive tones as much a part of what is the "Sasquatch sound" as the equally distinctive groove the band create as a whole. "More Than You'll Ever Be" slows the pace down a notch or two with Casanova's titanic bass line the lynchpin around which Riggs powerhouse percussion and Gibbs overdriven guitar riffs revolve, the drummer laying down a thunderous plethora of rhythm around which Gibbs' guitar crunches out throbbing powerchords and wah drenched solo's over which he also supplies a killer vocal melody and hard not to sing-a-long chorus. "Destroyer" boasts an infectious circular refrain around which Gibbs delivers a superb vocal performance, the guitarist/vocalist sounding like a lower-register Chris Cornell in places. Drummer Riggs, as well as providing occasional vocal harmonies, balances his percussive might with a mixture of power and restraint while Casanova holds the bottom end down, his bass lines and riffs thrumming with grizzled, boneshaking bassitude. "Maneuvers" is  not all stoner buster and overdriven riffage though, "Bring Me Down" sees Sasquatch hitting a more classic/hard rock groove with Gibbs dialling down the fuzz a notch and opting for a cleaner sharper guitar sound while "Just Couldn't Stand The Weather" and "Drown All The Evidence" (both tracks featuring David Unger on piano and keys) finds the band experimenting with bluesy texturing and colours. "Always" combines stoner/hard rock groove and swagger with elements of psych and a mix of Allman Brothers meets The Cult guitar colouring. The band even find space to throw in one those Sabbath-like  mini-instrumental interludes with, the appropriately titled, "Lude" a strange eighteen seconds of random notes played on a keyboard that paves the way for "Window Pain", a delightfully hard edged but soulful romp that not only sees the return of Unger on piano/keys but also utilises the talents of James Rohr on Hammond B3 organ, the addition of the pairing making Sasquatch's already big sound feel absolutely massive.
. 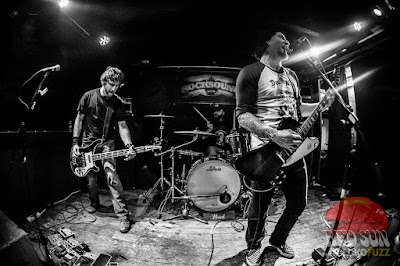 As good as, if not better, than anything they've recorded to date "Maneuvers" is an album that should at last see Sasquatch garner a wider audience of new fans as well as delighting those legions of fans who have been there from day one.
Check it out ....