Desert Psychlist has spoken before of the political unrest that for many years stifled the emergence of the Chilean rock scene and although those times are thankfully long behind them it is only recently that music coming from that South American country is making its presence felt in the international rock markets.
Arteaga  are one such band to slowly gain a foothold outside of their native home, the trio of Francisco Gonzalez, Sebastián Morales Munita , and Domingo Lovera Parmo have just released via Forbidden Records (USA) and South American Sludge Records (Argentina) their new album "Vol. II Dios Sol" as well as on their Bandcamp page (here) 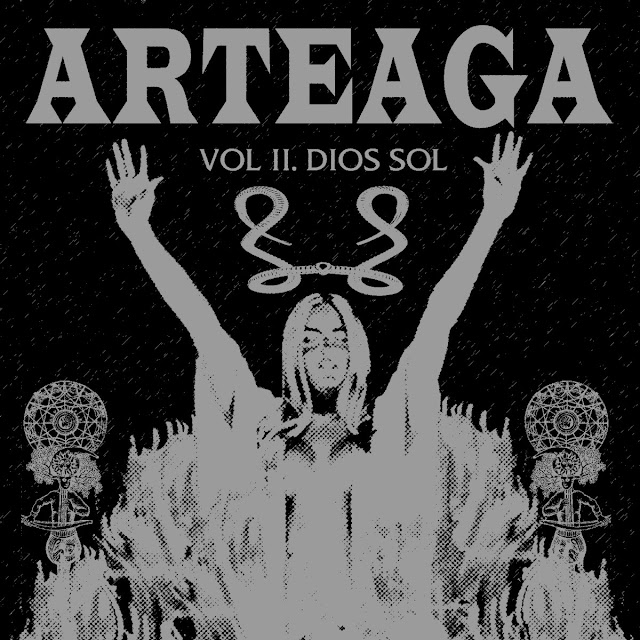 Listen to "Vol.II Dios Sol" with heavy psych grooves driven by punishingly pulverising percussion over which  throbbing refrains of chainsaw toned riffage are delivered and you might just get an idea why so many inside and outside of the South American continent are picking up on what these guys do . Add to this gloriously noisy maelstrom of desert tinted doom'n'groove a soupcon of howling feedback and a coating of slightly manic but powerful vocals (sang in Spanish) and you not only get the idea why, you'll know why. 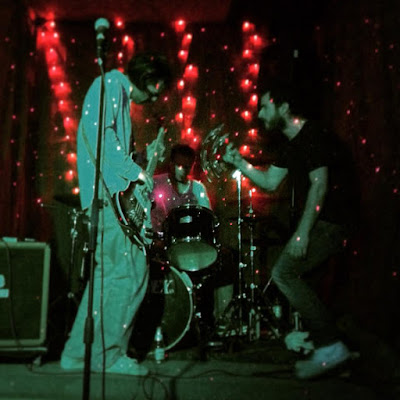 Arteaga fill every nook and cranny of "Vol.II Dios Sol" with swathes of textured psychedelic colouring using elements of lysergic ambience to bridge the gaps between wailing guitar solos, hazy vocal melodies and heavily pedal effected riffage, it's heady, cruiser-weight grooves of acid laced stoner doom enhanced by a gist of  textured space and psych is something well worth checking out ...