Sweden's Altareth's last EP "Bury Your Mind In Moss" saw them staking a claim on those retro hard rock/stoner/doom crowns once the property of likes of Witchcraft and Graveyard, this year the band have reconvened with a new EP "The Black Bible Tracks" and this time it seems they have those chalices of doom that bands like Candlemass and Solitude Aeturnus once drank from in their sights. 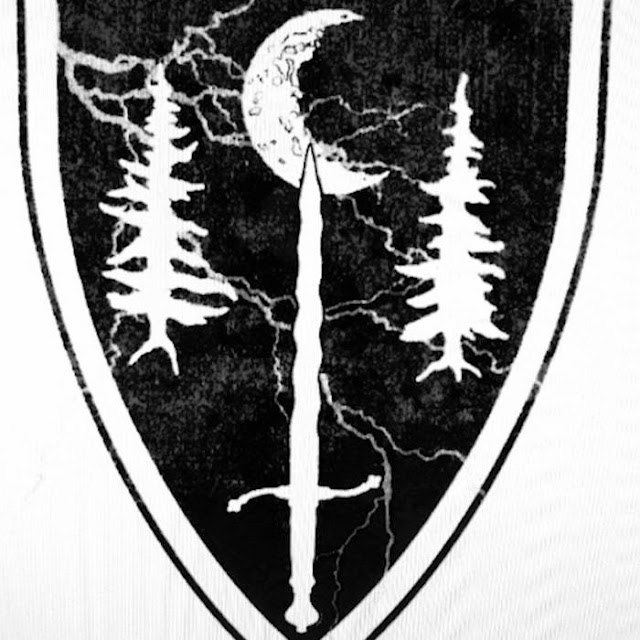 "The Black Bible Tracks" consists of just two songs "Blood" and "Evil Intention", both clock in at just over the six minute mark and both show a band who have slightly shifted their musical direction away from the retro blues doom of their last missive and are now dipping their toes in darker, deeper waters/
"Blood" begins with an eerie out of phase guitar motif repeating and reverberating back and forth accompanied by sparse percussion before exploding into a heavy downtuned groove of monolithic intensity and depth  overlaid with strong powerful vocals that have a markedly gothic/epic feel to them.
"Evil Intention" raises the tempo slightly and although sitting a little closer to the sound the band first explored on "Bury Your Mind In Moss" remains,  like "Blood", rooted in those murkier waters found at the more "epic" end of the doom spectrum, albeit textured with touches of psychedelic colouring. "First time it hurts, next time you grow, third time you turn and evil fills your mind" sings the vocalist against a backdrop of swirling dark guitar. grizzled bass and thundering percussion, the band gradually ramping up the atmospherics before ending things on a wave of  darkly delicious instrumental doom groove.
Whether "The Black Bible Tracks" marks the direction in which future Altareth recordings will head or whether this is a one off nod to the past masters of doom, Desert Psychlist does not know, but either way these songs are two slices of darkly atmospheric doom any lover of the genre should definitely check out ....